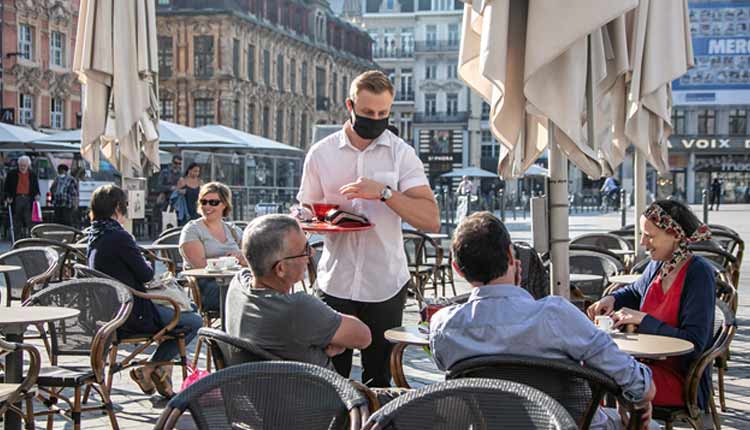 The COVID-19 pandemic has brought the world to a standstill. Coronavirus has so far affected 216 countries or territories infecting over eight million people.

Amid the ongoing global fight against the virus, here are the latest updates on the COVID-19 crisis from around the globe:

The total number of global COVID-19 cases is over 8.3 million while the deaths have surged to more than 448,000, according to the Johns Hopkins University.

As of Thursday morning, the total number of cases stood at 8,329,221, while the fatalities increased to 448,474, the University’s Center for Systems Science and Engineering (CSSE) revealed in its latest update.

With 2,162,851 cases and 117,713 deaths, the US continues to be the country with the highest number of COVID-19 infections and fatalities, according to the CSSE.

In terms of cases, Brazil comes in second place with 955,377 infections.

With 46,510 COVID-19 deaths, Brazil accounts for the second highest number of fatalities in the world.

By Wednesday, Beijing had reported 578 confirmed domestically transmitted cases, including 411 (who had been discharged from hospitals after recovery) and nine deaths, Xinhua reported.

There were still 158 patients receiving medical treatment, and 15 asymptomatic cases under medical observation.

So far, 174 imported cases have been reported in Beijing, with one being still hospitalized.

The Israeli Ministry of Health reported 288 new coronavirus cases on Wednesday, bringing the total cases to 19,783.

This is the highest number of daily cases since April 23, when 305 new cases were recorded in the country.

The number of death cases increased from 302 to 303, while the number of patients in serious condition dropped from 39 to 36, out of 136 patients currently hospitalized, Xinhua reported.

Earlier on Wednesday, emergency regulations were reimposed to deal with the second wave of COVID-19 cases in the state.

The Israeli parliament voted to approve the new regulations after the previous regulations expired at midnight on Monday.

The regulations make wearing masks in public places mandatory and require people suspected of being infected with the virus to stay in home quarantine.

The regulations also impose fines on those who violate them.

An inactivated Covid-19 vaccine candidate has shown promising results in both safety and efficacy in phase 1 and phase 2 clinical trials, according to the China National Pharmaceutical Group (Sinopharm).

The vaccine, developed by the Wuhan Institute of Biological Products under the China National Biotec Group (CNBG) affiliated to Sinopharm, involved 1,120 volunteers aged between 18 and 59 in its clinical trials, which started on April 12, Xinhua reported on Wednesday.

The results revealed a good safety record, with no cases of adverse effects during the clinical trials.

The vaccine receivers inoculated with two injections in different procedures and doses have produced high titers of antibodies.

For those receiving two middle-dose injections at intervals of 14 days and 21 days, the seroconversion rate of neutralizing antibodies reached 97.6 per cent.

For those receiving two middle-dose injections at an interval of 28 days, the seroconversion rate of neutralizing antibodies reached 100 per cent.

The CNBG is actively promoting overseas cooperation in phase 3 clinical trial of the vaccine and has secured the intention of cooperation of several companies and research institutions from other countries.

Several US states have hit record highs for new COVID-19 cases in recent days, raising fears of a new wave of the virus.

That trend continued in some states on Wednesday.

Oklahoma registered another record for single-day new cases, and California set another record in its rolling average while North Carolina’s average dropped by one case, breaking a streak of 15 new highs in a row.

With 2,162,851 cases and 117,713 deaths, the US continues to be the country with the highest number of COVID-19 infections and fatalities, according to Johns Hopkins University.

An influential COVID-19 model produced by the Institute for Health Metrics and Evaluation (IHME) at the University of Washington has revised its projections, forecasting nearly 170,000 COVID-19 deaths in the US by October 1.

As all 50 states moved to relax restrictions, hot spots have emerged in South Carolina and Missouri and cities such as Houston and Phoenix.

Week-over-week case counts are on the rise in half of all states, according to a report by The Hill.

Meanwhile, infections have dwindled in other states that were initially hit harder.

The reopening of businesses nationwide and planned school resumption are growing concerns for a new wave of infections.

“There are blueprints that will allow businesses and schools to open safely. If they follow these blueprints, it will be possible to operate safely,” Robert Schooley, a professor of medicine with the Division of Infectious Diseases and Global Public Health at the University of California, San Diego, told Xinhua on Wednesday.

He said in some places in the country, it is likely that businesses will do very well, but in others, where public health measures are not taken seriously, the population will be at a “significantly increased risk” for a resurgence of the disease.

According to Stanley Perlman, a professor of microbiology and immunology at the University of Iowa, the country might not see a “turning point” for a year.