Coronavirus updates from around the globe today 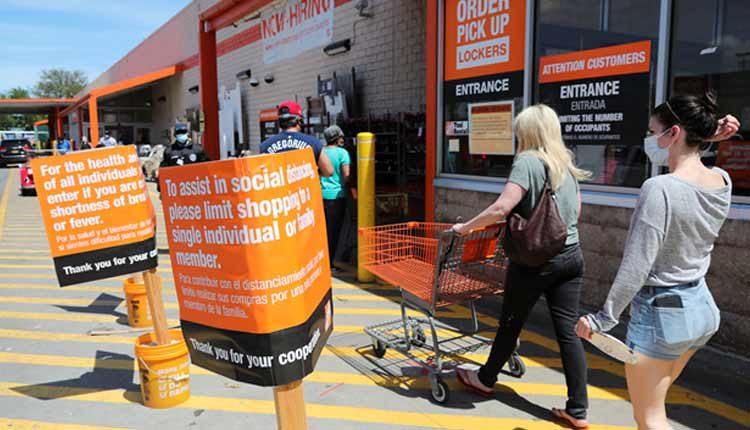 The coronavirus pandemic has brought the world to a standstill. Here are the latest updates on the COVID-19 crisis from around the globe on Thursday.

The total number of global coronavirus has increased to over 6.4 million, while the death toll has topped 385,000, according to the Johns Hopkins University.

As of Thursday morning, the overall number of cases stood at 6,429,453, while the death toll increased to 385,873, the University’s Center for Systems Science and Engineering (CSSE) revealed in its latest update.

With 1,851,530 confirmed cases and 107,148 deaths, the US currently accounts for the highest number of infections and fatalities in the world, according to the CSSE.

In terms of cases, Brazil comes in the second place with 584,016 infections.

Regarding fatalities, the UK continues in the second position after the US with 39,811 COVID-19 deaths, which also accounts for the highest fatalities in Europe.

The daily caseload stayed above 30 for four straight days due to small cluster infections from religious gatherings in the metropolitan area, Xinhua reported.

Of the new cases, six were imported from overseas, lifting the combined figure to 1,275.

No more death was confirmed, leaving the death toll at 273. The total fatality rate stood at 2.35 per cent.

A total of 32 more patients were discharged from quarantine after making full recovery, pulling up the combined number to 10,499. The total recovery rate was 90.3 per cent.

Five COVID-19 patients were discharged from hospitals after recovery in the Chinese mainland on Wednesday, the National Health Commission said on Thursday.

There were 69 patients still being treated, Xinhua reported citing the Commission.

Altogether 78,319 patients had been cured and discharged from hospitals by the end of Wednesday, the report said.

As of Wednesday, a total of 83,022 confirmed COVID-19 cases had been reported on the mainland, and 4,634 people had died of the disease.

Another 359 COVID-19 patients have died in Britain as of Tuesday afternoon, bringing the total coronavirus-related death toll in the country to 39,728, the Department of Health and Social Care said on Wednesday.

The figures include deaths in all settings, including hospitals, care homes and the wider community. As of Wednesday morning, 279,856 people in Britain have tested positive for the disease, a daily increase of 1,871, said the department, Xinhua reported.

Home Secretary Priti Patel on Wednesday revealed details of the government’s plans to impose 14-day isolation on almost all people entering or returning to Britain from June 8.

Imported cases of the novel coronavirus posed a more significant threat now and it was now important to “protect our hard-won progress as we move in the right direction,” she told lawmakers in the House of Commons (lower house of the parliament).

A breach of self-isolation could result in a 1,000 pounds (about $1,260) fixed penalty notice in England, or potential prosecution, according to Patel.

France on Wednesday reported 81 new COVID-19 deaths, a slower increase over the 107 fatalities registered a day earlier, bringing the country’s toll from the coronavirus-caused disease to 29,021 since March 1.

The Health Ministry said in a statement that more than a third of the fatalities (10,350) occurred in retirement homes, Xinhua reported.

Figures released by the ministry showed that the number of patients hospitalized or admitted to intensive care units continued to decline.

A total of 151,677 people have tested positive for the coronavirus to date, including 352 new infections confirmed in the last 24 hours. The number of patients who have recovered stood at 69,455, a single-day increase of 668.

The World Health Organisation on Wednesday said that anti-malarial drug hydroxychloroquine (HCQ) will return to the solidarity trial for the potential treatment of coronavirus disease.

At a press conference in the WHO headquarters in Geneva, Director General Tedros Adhanom Ghebreyesus said: “On the basis of the available mortality data, the members of the committee recommended that there are no reasons to modify the trial protocol.

“The Executive Group received this recommendation and endorsed continuation of all arms of the solidarity trial, including hydroxychloroquine.”

The world health body had temporarily suspended the usage of HCQ from the solidarity trial for coronavirus treatment on May 25 soon after a study published in one of the most reliable medical journals which had suggested that the drug could cause more fatalities among Covid-19 patients.

However, the WHO chief said that the decision was taken as a precaution while the safety data was reviewed.

Ghebreyesus also said that the Data Safety and Monitoring Committee will continue to closely monitor the safety of all therapeutics being tested in the solidarity trial.

“So far, more than 3,500 patients have been recruited in 35 countries. WHO is committed to accelerating the development of effective therapeutics, vaccines and diagnostics as part of our commitment to serving the world with science, solutions and solidarity,” he said.

Soon after HCQ was suspended from the trial, the Indian government had said that the antimalarial drug has been known for its benefits for a very long time and its usage will be continued on the frontline workers including police and healthcare professionals as prophylaxis. The government had also said that studies were being conducted and the drug would be included in the clinical trial also for the treatment of coronavirus disease.

US President Donald Trump also had strongly advocated the use of HCQ and called it a “game-changer”. He went to the extent of saying that he had taken the medicine.