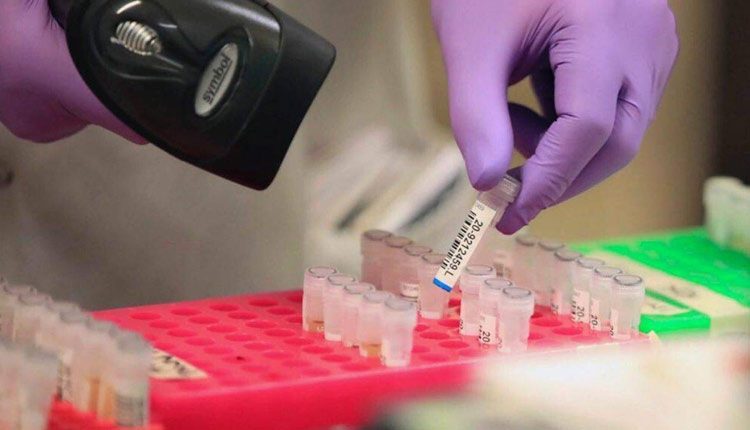 New Delhi: With the initial tests conducted and doubling rate of COVID-19 cases slowed nationally, the question that lingers is what’s next? In an attempt to decide the future course of action against the pandemic, the ICMR has given a detailed plan to all the states to measure coronavirus exposure in the general population as well as in high-risk populations.

And that is why it has asked states to conduct sero-survey to measure coronavirus exposure in the population using IgG ELISA test.

“This sero-survey will guide appropriate public health intervention,” says the ICMR, while adding that “the numbers and frequency in different groups to be tested has been entrusted to states depending upon the requirement and situation in that particular area.”

The sero-survey would be conducted using an IgG ELISA kit, the same kit scientists at ICMR-National Institute of Virology in Pune have developed and validated as indigenous test for antibody detection for SARS-CoV-2.

The test has undergone intense validation in three stages and has been found to have high sensitivity and specificity. To fast-track production and increase availability of the IgG ELISA test, ICMR has transferred this technology to many pharma companies like Zydus Cadila, J Mitra & Company, Meril Diagnostics, Voxtur Bio, Trivitron Healthcare, Karwah Enterprises, Avecon Healthcare, among others.

“The technology has been transferred to various entities without exclusivity clause and therefore can be further shared with others as per demand and capability,” said India’s foremost medical research body. 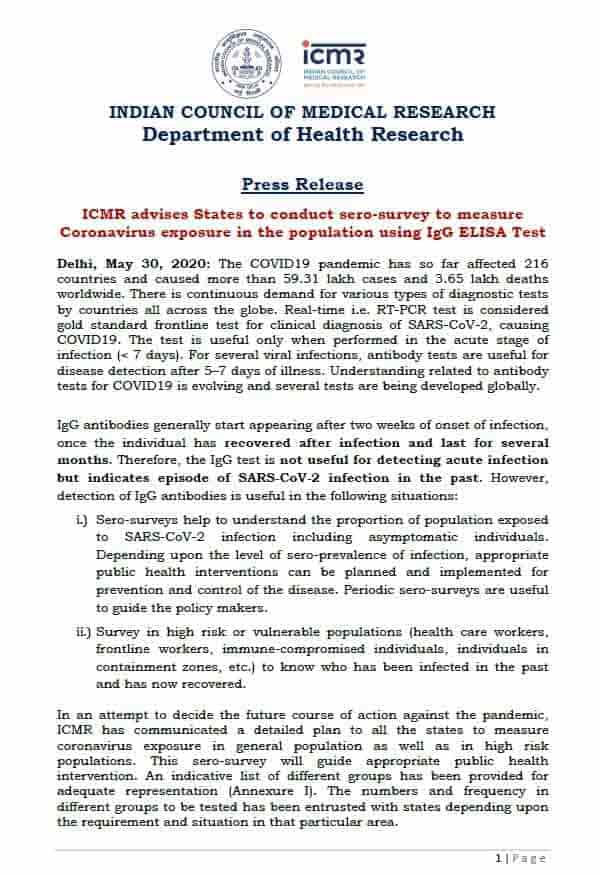 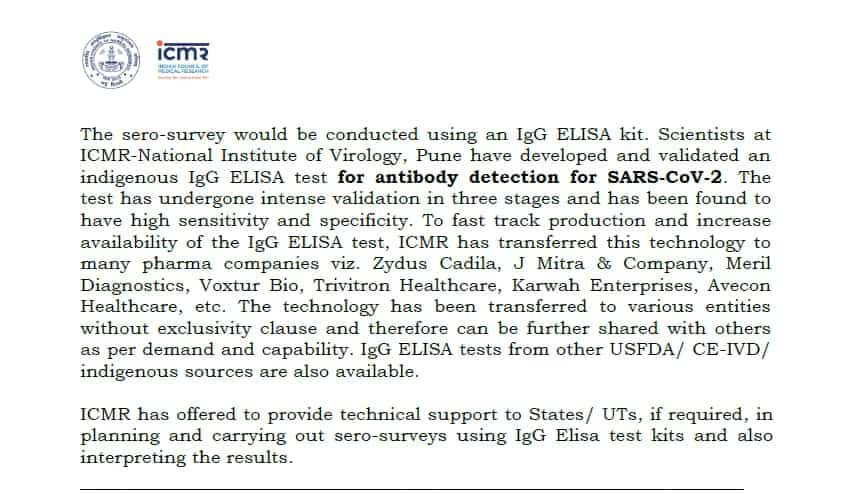 Explaining the relevance of the test and its significance for India, the ICMR said: “The test is useful only when performed in the acute stage of infection (< 7 days). For several viral infections, antibody tests are useful for disease detection after 5-7 days of illness. Understanding related to antibody tests for COVID-19 is evolving and several tests are being developed globally.”

What benfit will these tests result in? They will help to understand the proportion of the population exposed to SARS-CoV-2 infection, including asymptomatic individuals. Depending upon the level of sero-prevalence of infection, the Centre can plan appropriate public health interventions and implement for prevention and control of the disease.

Periodic sero-surveys are useful to guide the policy-makers, insisted the ICMR.

Moreover, the survey in high-risk or vulnerable populations like healthcare workers, frontline workers, immunity-compromised individuals, and those in containment zones will help the government to know who has been infected in the past and has now recovered.

All security personnel interacting with visitors, conducting security screening, physical checking and thermal screening are advised to take the survey. These include CISF personnel involved in security, especially of government offices and installations.

Even police personnel on duty in containment zones and press reporters in the field and support staff are also the segments that the states have been asked to target. Migrant workers who have travelled back from urban and semi-urban areas to rural, tribal, hard-to-reach areas in the country as well as natives after coming in contact with returned migrants should also be surveyed through this means, said the ICMR.

All prisoners with or without symptoms, whenever there is a batch transfer or reported symptomatic, should be surveyed just the way all ground staff, security staff, janitors, sanitation staff, flight captains and crew of domestic and international flights as well as cargo handlers should be targeted for this survey.

Even banks, post offices, courier and telecom offices have been directed to be covered in this survey to get a more clear picture of the extent to which Indian have been affected.

While asking the state and the UTs to conduct these sero-surveys, the ICMR has offered to provide technical support in planning and carrying out sero-surveys using IgG Elisa test kits and also interpreting the results.

No Major Side-Effects Of HCQ, Should Be Continued As COVID-19 Preventive Treatment: ICMR

States can get rapid testing kits from 13 ICMR-validated firms