States can get rapid testing kits from 13 ICMR-validated firms 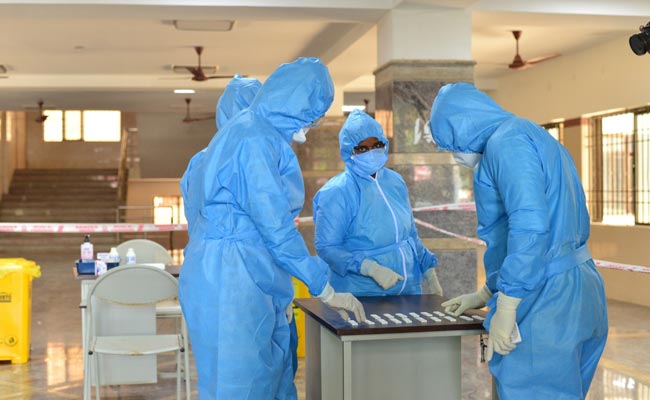 Earlier, these kits had to be procured through the Indian Council of Medical Research (ICMR).

Justice R B Deo of the HC’s Nagpur bench was hearing a petition filed by one Shrivaray Kulkarni that raised concerns about the manner in which COVID-19 patients were being tested at hospitals in Maharashtra’s Amravati district.

Additional Solicitor General A U Aurangabadkar informed the court that the ICMR had validated 13 Indian companies for manufacturing rapid antibody test kits and the state governments can procure these directly from them.

“In view of this, the court expects Maharashtra to forthwith procure the kits from the companies whose products are validated by the ICMR. It is expected that the state government shall procure the kits without being fettered by either red-tapism or the standard operating procedure or protocol of inviting quotations/tenders,” the court said.

The court was told that at present it is unclear as to who will bear the cost of these kits.

Justice Deo then said the state government’s efforts at this stage should be result-centric and it could always pay and recover the cost later if the ICMR was responsible to bear the expenditure.

“It is now beyond doubt that the rapid antibody test kits are needed at least for surveillance and preliminary screening and the availability thereof would assist the administration to combat the epidemic effectively,” Justice Deo said.

The petitioner informed the court that hospitals were not testing high-risk contacts of COVID-19 positive patients.

The court noted that as per the affidavit filed by the Amravati Municipal Corporation, 16 high-risk contacts and 27 low-risk contacts of a COVID-19 patient was identified, but only eight throat swabs were taken for testing.

“The Amravati Municipal Corporation and the Collector shall file an affidavit explaining why all high-risk contacts were not tested,” the court directed and posted the matter for further hearing on May 26.

Why some companies will fail on work-from-home transition