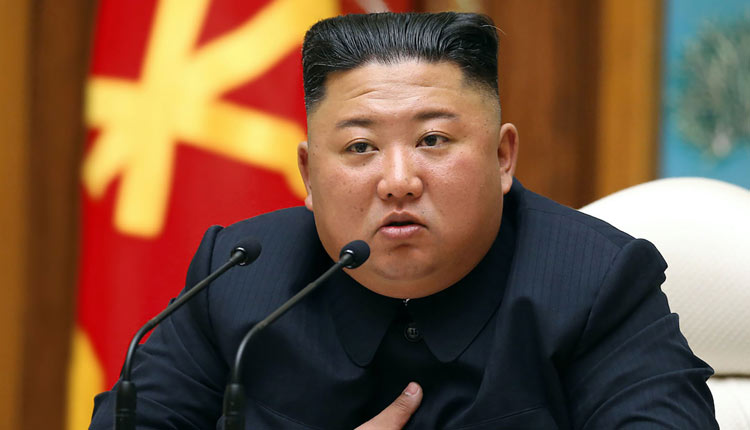 Seoul: North Korean leader Kim Jong-un convened an emergency meeting of the ruling Workers’ Party and adopted a “maximum emergency system” against the COVID-19 pandemic after a defector returned from South Korea with symptoms of the virus, state media reported on Sunday.

During the meeting held on Saturday, Kim also said he took “the pre-emptive measure of totally blocking Kaesong” after the “runaway” returned to the border city on July 19 after crossing the military demarcation line, three years after fleeing to the South, Pyongyang’s Korean Central News Agency (KCNA) said.

“To tackle the present situation, he declared a state of emergency in the relevant area and clarified the determination of the Party Central Committee to shift from the state emergency anti-epidemic system to the maximum emergency system and issue a top-class alert,” Yonhap News Agency quoted KCNA as saying.

Meanwhile, the South Korean military said it was trying to confirm related facts over the alleged border crossing, while a Unification Ministry official added that along with other government agencies, it was working to verify Pyongyang’s claim.

The KCNA said that the suspected patient was put under strict quarantine as a primary step after several medical check-ups of the upper respiratory organ and blood showed “an uncertain result” that can be defined as a suspected case.

It added that “all the persons in Kaesong City who contacted that person and those who have been to the city in the last five days are being thoroughly investigated, given medical examination and put under quarantine”.

“Despite the intense preventive anti-epidemic measures taken in all fields throughout the country and tight closure of all the channels for the last six months, there happened a critical situation in which the vicious virus could be said to have entered the country,” Kim was quoted as saying in the KCNA report.

In January, North Korea declared the launch of a national emergency system against the new coronavirus, shutting down its borders and tightening quarantine measures, reports Yonhap News Agency.

North Korea is yet to report a case of coronavirus but has intensified its preventive efforts across the country, calling its fight against the virus is a “political matter” that will determine the fate of the country.

Global COVID-19 Cases Near 16 Million With Over 643k Deaths