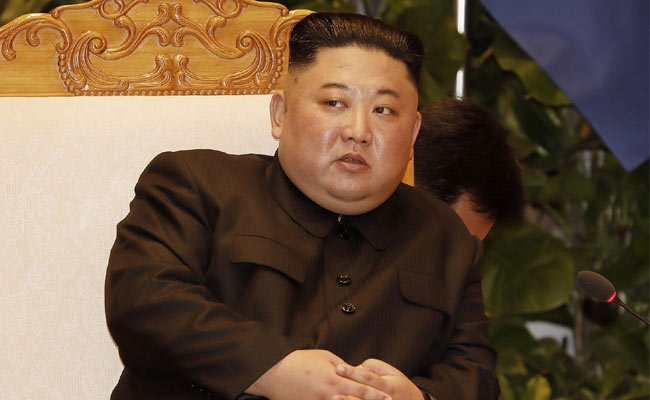 Seoul: South Korea on Friday said it was closely monitoring the whereabouts of the North Korean leader Kim Jong-un, who has been missing again from the public eye for three weeks.

On May 1, Kim Jong-un attended a ceremony to mark the inauguration of a fertilizer plant in Sunchon following a three-week absence from the public eye, putting an end to rumours that he was sick or dead, reports Efe news.

Since then, photos of Kim have been missing from North Korean media reports and the matter came up at a press conference held on Friday by the spokesperson of South Korea‘s Unification Ministry, Yoh Sang-key.

“There was a time in January when he was also absent from the public view for 21 days. So, we are watching the situation over his absence from media reports,” he added.

The 36-year-old North Korean dictator has been absent from the public more frequently than ever this year.

Kim Jong-un attended a concert on January 25 and disappeared for 21 days until February 16.

On April 11, he chaired a meeting of the political bureau of the ruling Workers’ Party of Korea (WPK) before disappearing again.

The video recorded a day earlier showed the leader cutting a ribbon at the event, ending three weeks of speculation about his wellbeing.

His prolonged absence, which coincided with several important events he was expected to attend, including the commemoration of the birth of the country’s founder and Kim’s grandfather Kim Il-sung, on the main national holiday on April 15, gave rise to rumours that the North Korean leader had suffered a health crisis.

The speculation was also fuelled by the state media reporting that during his last public event, Kim Jong-un named his sister as a member of the powerful WPK political bureau, a move interpreted by some commentators as a succession plan.

While Pyongyang’s state-run media continued to report on actions by the leader during his absence, such as the sending of diplomatic letters to foreign governments and messages of appreciation directed at workers, there were no images of Kim Jong-un until early May.