Coronavirus: Updates From Around The Globe Today

Global COVID-19 cases top 3.5 million Global confirmed COVID-19 cases topped 3.5 million, reaching 3,502,126 as of 7 p.m. (2300 GMT), according to the Center for Systems Science and Engineering (CSSE) at Johns Hopkins University. A total of 247,107 people worldwide have died of the disease, according to the CSSE, Xinhua news reported on Sunday. […]

Global confirmed COVID-19 cases topped 3.5 million, reaching 3,502,126 as of 7 p.m. (2300 GMT), according to the Center for Systems Science and Engineering (CSSE) at Johns Hopkins University.

A total of 247,107 people worldwide have died of the disease, according to the CSSE, Xinhua news reported on Sunday.

The total number of confirmed cases of COVID-19 has soared to 20,084 including 457 deaths in Pakistan, according to the data updated by the country's health ministry.

As per the statistics, 7,494 coronavirus cases have been confirmed in the country's eastern Punjab province, 7,465 in southern Sindh province, 3,129 in northwest Khyber Pakhtunkhwa, 1,172 in southwest Balochistan, and 393 in capital Islamabad, reported Xinhua news agency.

The virus has claimed 17 lives over the last 24 hours, and 981 new cases were reported during the same period, said the ministry on Sunday.

A total of 203,025 coronavirus tests have been conducted so far. Overall, 5,114 people across the country recovered and were discharged from hospitals after making full recovery.

The number of cases has continued to rise despite the country being under lockdown for the sixth consecutive week now.

Talking to journalists on Sunday, Minister for Planning, Development and Special Initiatives Asad Umar said decisions regarding relaxation in lockdown will be taken in consensus with all the provinces after May 9.

"The decisions will be taken in such a manner that they do not paralyze our healthcare system," the minister said, adding that the restrictions will be eased gradually in order to provide livelihoods to the people.

On the eve of the easing of the eight-week national lockdown, Italy's daily new deaths from COVID-19 dropped to 174, the lowest level since the start of the lockdown on March 10.

Italy is set to ease its lockdown measures beginning on Monday. The new rules will allow Italians to visit family members living in the same region, and bars and restaurants to offer takeaway options instead of delivery only during the lockdown, Xinhua news agency reported on Sunday.

The lockdown will be eased in further stages at two-week increments, on May 18 and June 1, provided the data related to the outbreak continue to improve.

In an interview published Sunday in La Stampa, a daily newspaper from Turin, Prime Minister Giuseppe Conte warned that Monday's easing did not mean "everyone was free" to do as they pleased. He said that if Italians did not obey the rules they risked reversing the dramatic gains reached so far.

But Conte told La Stampa that if indicators continue to improve he would consider moving up the time table up in parts of the country least hurt by the pandemic. That would include much of central and southern Italy, but would not include Italy's economic capital of Lombardy, the region that includes Milan.

As of Sunday, the coronavirus death toll in Lombardy (14,231) represented nearly half of the total for the country as a whole (28,884). In terms of population, Lombardy accounts for around one in six Italian residents.

In the wide-ranging interview with La Stampa, Conte said that starting Monday Italy would be prepared to distribute some 12 million protective masks per day, which would be increased to 18 million a day in June and 24 million a day in August.

Conte also said that the country was stockpiling coronavirus test equipment and that next week the country would start a pilot project to test 150,000 people nationally for coronavirus antibodies that could show who has a resistance to the virus, either from being cured of COVID-19 or recovered naturally.

Other data released Sunday reinforced the positive trends indicated by the lowest one-day death toll in nearly eight weeks. The number of recovered totaled 1,740 on Sunday, up from 1,665 a day earlier.

Meanwhile, the numbers in intensive care, hospitalization and recovering at home with symptoms all decreased. Until three weeks ago, all three categories had not decreased on the same day, but have become commonplace since then.

Figures released by the French Health Ministry showed that coronavirus-linked fatalities in the country rose up by 135 to 24,895, representing the lowest daily toll since March 22.

Among the 25,815 hospitalized patients, 3,819 were in intensive care units (ICUs), down from 3,827 on Saturday, confirming a continued slowdown for the third running week on Sunday, reported Xinhua news agency.

A total of 131,287 people have tested positive for coronavirus since the start of the epidemic. That was up from 130,979 cases confirmed on Saturday.

France has entered a lockdown in mid-March. Now, it's planning to lift the two-month confinement by opening gradually schools and shops and unwinding restriction on people movement as a slowing-down spread of the virus put less pressure on hospitals in the last three weeks.

Meanwhile, the government decided to extend the state of health emergency it declared on March 24, by another two months to stem the coronavirus outbreak and address a possible resurgence of the COVID-19 when the lockdown ends on May 11.

"We must not relax our collective efforts which are bearing fruit and which are effectively curbing the epidemic. To succeed in the gradual lifting of containment, it is more than ever necessary to scrupulously apply all barrier gestures, respect the minimum physical distance of one meter and reduce contacts," the ministry said.

Another 315 COVID-19 patients have died in Britain, bringing the total novel coronavirus-related death toll in the country to 28,446, Minister for the Cabinet Office Michael Gove said.

The figures include deaths in hospitals, care homes and the wider community, reported Xinhua news agency on Sunday.

At Sunday's Downing Street briefing, Gove said in the coming days Prime Minister Boris Johnson will talk more about the government's plan on the next step when the lockdown in Britain is eased.

The government plans a "staged" return with ministers working with employers and unions to help workers understand safety guidance and public servants will be offered protective equipment varying "from setting to setting".

He also unveiled that the government has pledged an additional 1.6 billion pounds (US $2 billion) to councils across England to support their "essential frontline services" including adult social care.

A top White House official tasked with tackling the coronavirus pandemic said Sunday that those who failed to abide by the federal mitigation guidance while protesting against local lockdown measures were engaging in "devastatingly worrisome" behaviours.

White House Coronavirus Task Force coordinator Deborah Birx said on Sunday that it was "devastatingly worrisome" that those who protested at state Capitols demanding resumption of normal life didn't wear masks or keep social distance, as they should have been doing according to the White House's guidelines aimed at containing the spread of the virus, Xinhua news agency reported.

Speaking during Fox News's "Fox News Sunday," Birx warned that in doing so the protesters risked transmitting the contagion to their relatives who are vulnerable to the disease.

"It's devastatingly worrisome to me personally because if they go home and they infect their grandmother or grandfather who has a comorbid condition and they have a serious or very unfortunate outcome they will feel guilty for the rest of their lives," she said. "So we need to protect each other at the same time as we're voicing our discontent."

Birx's remarks came as protests against stay-at-home orders were taking place in several states demanding the reopening of the economy, a process a number of states have already started but is still at the initial phase.

Asked whether it was safe for businesses such as hair salons to reopen for the time being, Birx said it was "safer" if the barber and the customer both wore masks.

She added, however, that it is "clear that that's not a good phase one activity," referring to the four-phase gradual reopening that the White House previously unveiled. 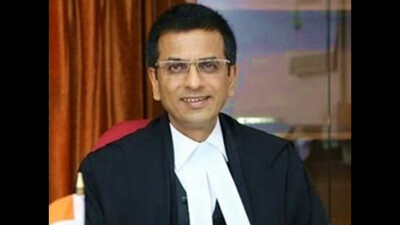