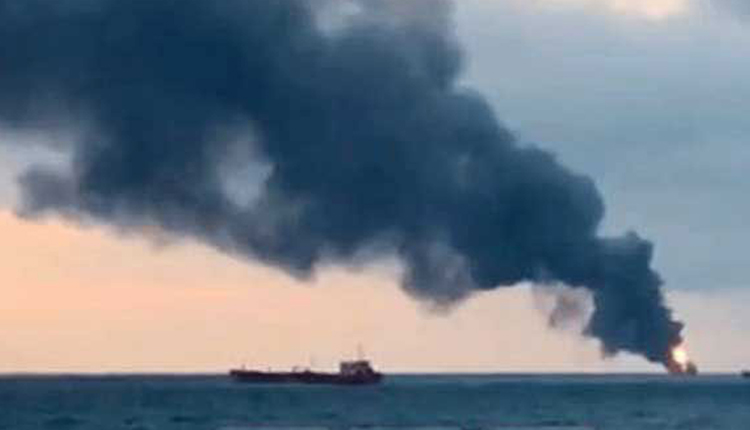 Colombo: A fire broke out on an oil tanker off the eastern coast of Sri Lanka on Thursday, leaving one of its 23 crew members missing and another injured, a navy spokesman said.

The fire started in the engine room of the New Diamond, which was carrying crude oil from Kuwait to India, and then spread, spokesman Capt Indika Silva said.

The navy sent four ships to help the ship. By the time they arrived, 19 of the crew members had left on lifeboats and were picked up by the ships, Silva said.

As the navy ships tried to put out the fire, the captain and two others abandoned the tanker, he said.

The remaining crew member was missing.

The injured crew member was identified as the third engineer of the ship and is being taken to land in a navy boat, Silva said.

He said two anti-submarine Russian ships anchored at a Sri Lankan port were also heading to the scene. The Russian ships had arrived at Hambantota port for replenishment and crew rest.

At the time the fire broke out, the Panama-registered ship was about 38 nautical miles (70 kilometres) east of Sri Lanka.