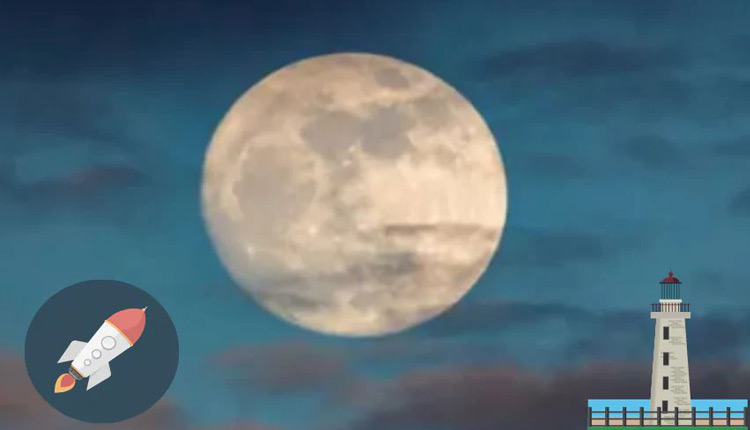 Washington: Just as lighthouses have helped sailors navigate safely into the harbour for centuries, future space travellers may receive similar guidance from the steady signals created by pulsars.

Scientists and engineers are using the International Space Station to develop pulsar-based navigation using these cosmic lighthouses to assist with wayfinding on trips to the Moon under NASA’s Artemis programme and on future human missions to Mars, the US space agency said on Wednesday.

Pulsars, or rapidly spinning neutron stars, are the extremely dense remains of stars that exploded as supernovas.

They emit X-ray photons in bright, narrow beams that sweep the sky like a lighthouse as the stars spin.

From a great distance, they appear to pulse, hence the name pulsars.

An X-ray telescope on the exterior of the space station, the Neutron star Interior Composition Explorer or NICER, collects and timestamps the arrival of X-ray light from neutron stars across the sky.

Software embedded in NICER, called the Station Explorer for X-ray Timing and Navigation Technology or SEXTANT, is using the beacons from pulsars to create a GPS-like system.

This concept is often referred to as XNAV, could provide autonomous navigation throughout the solar system and beyond.

“GPS uses precisely synchronised signals. Pulsations from some neutron stars are very stable, some even as stable as terrestrial atomic clocks in the long term, which makes them potentially useful in a similar way,” said Luke Winternitz, a researcher at NASA’s Goddard Space Flight Center in Greenbelt, Maryland.

The stability of the pulses allows highly accurate predictions of their time of arrival to any reference point in the solar system.

Scientists have developed detailed models that predict precisely when a pulse would arrive at, for example, the centre of Earth.

Timing the arrival of the pulse to a detector on a spacecraft, and comparing that to when it is predicted to arrive at a reference point, provides information for navigating far beyond our planet.

“Navigation information provided by pulsars does not degrade by moving away from Earth since pulsars are distributed throughout our Milky Way galaxy,” said SEXTANT team member Munther Hassouneh, navigation technologist.