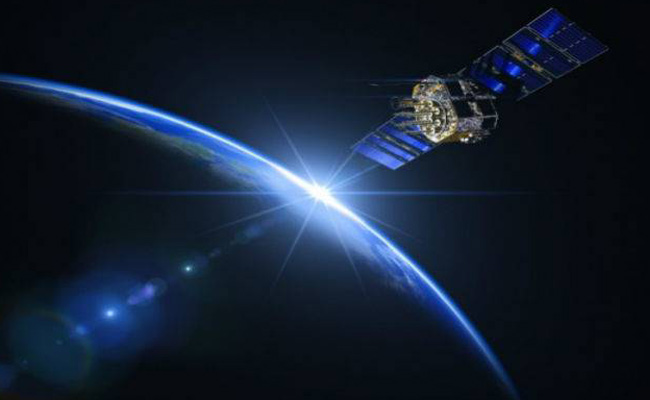 Chennai: The reforms in the Indian space sector announced by Union Finance Minister Nirmala Sitharaman will bring space technology from research and development labs to the commercial arena, said a senior space industry official on Monday.

According to him, the reforms proposed are only the beginning and technology should come out of labs to generate employment and wealth.

On Saturday, Sitharaman announced that Indian private sector will be a co-traveller in India’s space sector journey and a level-playing field will be provided for them in satellites, launches, and space-based services.

She also said a predictable policy and regulatory environment will be provided to private players.

According to her, the private sector will be allowed to use the facilities of the Indian Space Research Organisation (ISRO) and other relevant assets to improve their capacities.

Sitharaman said future projects for planetary exploration, outer space travel and others are to be opened up for the private sector, adding there will be a liberal geospatial data policy for providing remote-sensing data to tech-entrepreneurs subject to various checks.

Welcoming Sitharaman’s proposal to revamp the space/data policy, Misra said: “If we target even five per cent of the global space economy, we are looking at a business potential of more than Rs 125,000 crore while ISRO’s budget is hovering around Rs 10,000 crore. We have a huge potential in the space industry which we could not harness in a commercial sense.”

“Space commerce is expected to grow quickly once COVID-19-related lockdowns are relaxed. These reforms will help spur the growth of Indian private space companies and increase India’s share in the global space market. It will be a real opportunity for the Indian private sector considering the way defence-space is also growing now,” S. Rakesh, Chairman-cum-Managing Director, Antrix Corporation Ltd, told IANS.

According to Misra, if India aspires to become a reasonable player in the global space economy, then the thrust areas for innovation and production should be payloads and ground hardware.

Taking forward the proposed reforms measures, Misra said the space business should be bifurcated into two segments viz innovation and operation and production.

“The kind of manpower needs in these two areas is different. The former needs inspirational leadership, different and high-quality manpower and a stimulating work environment,” Misra said.

On the other hand, production and operation require different managerial leadership that is strong but a comparatively lesser number of techno-management specialists to man shop floor management and business operation and a workforce of comparatively high skilled manpower.

“Also, the work environment has to be target-oriented and hence comparatively more regimented,” he said.

Given the contradictory requirements, Misra said, it is prudent to separate them but with a strong interaction mechanism.

“First part can be led by ISRO and the government to ensure stability, risk-taking in technology and maintaining a certain relaxed environment for innovation,” he said.

According to him, ISRO should play henceforth a catalyst in triggering innovations by co-opting start-ups and research and development (R&D) of private sectors.

This synergy will trigger innovations, designed towards not only producing quality technology but a cheaper and competitive cost advantage and taking certain elements of those innovations to day to day commercial, mass production technology, he said.

The second part can be handed over to private players, for employment generation and scaling up production and turnover, he said.

According to Misra, the Indian space agency, start-ups and industries targeting space R&D should concentrate on innovation on technology, future technology prediction and indigenisation.

As fundamental space science research needs a wide variety of expertise, the university system should be made to pick up the challenge.

Misra also said the satellite application and data research should be opened up for innovative small industries and start-ups to tap into the imagination potential of Indian technical and scientific brains.

The remote sensing data should be made available to the public with the click of a mouse.

Though some say the major deterrent for the private sector to get into the space industry is the investment, Misra is of the view that suitably skilled manpower and savvy management expertise and production engineers are the issues.

“So, modalities and incentives of migration and sharing of ISRO expertise to private space industries are to be worked out,” he remarked.

As for Sitharaman’s announcement that the private sector will be allowed to use ISRO facilities Misra said it would enable faster take-off by the private players.

“This is where many tricky things are to be traversed and certain policy initiatives in costing, guarantee requirements, time and space sharing are to be worked out,” he said.