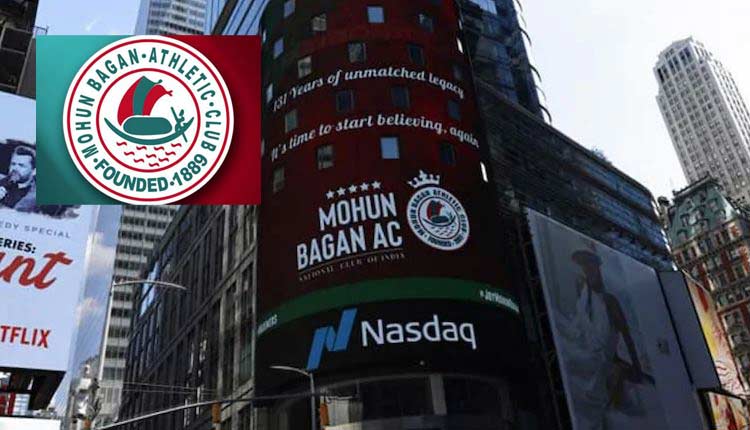 The Mohun Bagan Day is celebrated every year on July 29 to commemorate the team’s IFA Shield triumph in 1911 when it beat East Yorkshire Regiment 2-1 to become the first Indian club to end the British stranglehold on the tournament.

The 131-year-old club scaled new heights on Wednesday when the American stock exchange paid glowing tribute by displaying its logo and colours on its billboard holding special significance.

“The pictures from NASDAQ is a testimony to the fact that Mohun Bagan belongs to a different league. Huge day for all the Mariners!! Happy Mohun Bagan Day Mariners !!” a statement said on Mohun Bagan’s official Twitter account.

The century-old club’s footballing rights was recently acquired by the RP Sanjiv Goenka group which holds a majority stake of 80 per cent. The new entity is called ATK Mohun Bagan FC and will take part in the Indian Super League (ISL) from this season.

Ashok Kumar, a key member of India’s 1975 World Cup-winning hockey team, will be conferred with the Lifetime Achievement Award on the occasion of its foundation day.

This year’s Mohun Bagan Ratna would be presented to Gurbux Singh and Palash Nandi.

Due to the global pandemic situation club management has decided to conduct the Mohun Bagan Day celebration in digital platforms of Mohun Bagan club.