Lockdown Diaries: After Virat Kohli, Suresh Raina Gets A Haircut From Wife Priyanka 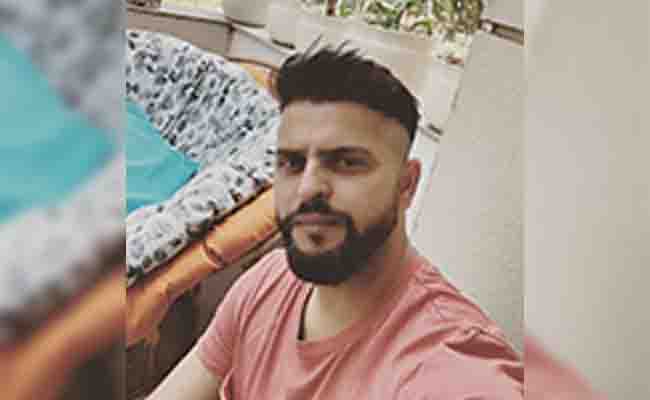 New Delhi: The coronavirus outbreak has seen the world come to a standstill and almost all countries are under lockdown as they look to fight the pandemic. This has seen sportspersons also spending quality time at home and making the most of it. After Virat Kohli, now Suresh Raina has posted a photo with a new haircut that was given to him by his wife Priyanka.

Taking to Instagram, Raina wrote: “I could not wait any longer..thanks for helping me @_PriyankaCRaina #haircut #doityourself.”

I could not wait any longer ?‍♂️? thanks for helping me @priyankacraina #haircut #doityourself #hairstyle

Earlier, Team India skipper Virat Kohli had posted a video where his actress wife Anushka Sharma was seen giving him a haircut. Anushka was also seen pulling Kohli up when he was having a chat with former England skipper Kevin Pietersen on Instagram and said that it was time to end the chat and head over for dinner.

Meanwhile, India’s Test vice-captain Ajinkya Rahane has revealed his daily routine during lockdown in place amid the coronavirus outbreak.

Rahane said that among other things, he has got back to practising karate, in which he has a black belt. He said that while he makes time to work out and help his wife Radhika in the household chores, most of the day goes in taking care of his daughter Arya.

“In the morning before Arya wakes up, I do my workout, about 30-45 mins,” said Rahane in a video shared by the Board of Control for Cricket in India’s (BCCI) across social media handles.

“After that, I have started practising karate again. I have a black belt in karate and because of this lockdown, I am practising karate again. I try that at least 3-4 times a week, I practise karate. The rest of the day goes with Arya. When she wakes up either of us has to be with her and generally that is me only. Radhika does the rest of the house work in that time.”

Rahane said one of the positives of the lockdown has been that he has been able to spend more time with his daughter.

“Otherwise we are travelling all the time so I am pretty happy now that I am able to play with her and spend time with her. And when Arya goes to sleep I help out Radhika whether it be in cooking or cleaning.

“I am getting a lot of cooking tips from Radhika. Whenever I get time from all this, I like listening to music, reading books, so I take out time for that. Right now I am reading Swami Parthasarthy’s The Holocaust of Attachment. So my days go by pretty quickly because of all this,” said Rahane.

Sportspersons have been looking to interact with fans to not only keep them entertained, but also to guide them in these difficult times as also keep them aware of the dos and don’ts.

The pandemic has put the whole world on pause and sporting events across the globe have either been cancelled or suspended and even the fate of the 13th edition of the IPL hangs in balance with the BCCI now also open to shifting the tournament to the October-November window if the ICC does plan to postpone the World T20.