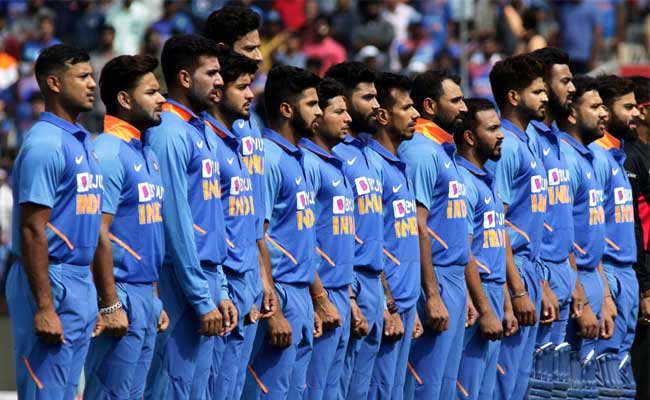 New Delhi: The world has come to a standstill due to the coronavirus outbreak and sporting events have all either been suspended or cancelled. But there is no break from staying fit for the Indian cricketers as they have not only been given customised workout charts for this period, but also their progress is constantly assessed on the Athlete Monitoring System (AMS) by trainer Nick Webb and physio Nitin Patel.

Speaking to IANS, sources in the team management said that apart from handing the contracted players workout routines, the duo of Nick and Nitin are also monitoring the progress made and areas that might need further focus through the AMS App.

“Assessments are on every day as the progress of the players are checked by Nick and Nitin once the boys put in their data on the app. We do not need dates or a virtual assessment set-up to check on what the boys are doing with regards to following the fitness routines given to them because they are already being monitored on a daily basis,” the source said.

A former player had recently joked that a lockdown doesn’t mean that the cricketers should now go ahead and gorge on delicious food which are high on calories. The source said that while players are allowed to have their sweet little cheat meals, everything is being closely monitored.

“These boys are too professional to even think of going on an eating spree. The culture set in this team by skipper Kohli himself is such that they all know that a cheat meal here and there is fine, but nothing at the cost of their fitness standards taking a hit. Also, with the AMS App, they can themselves understand when they can indulge in high-calorie food and when they should keep away,” the source pointed.

Also Read: COVID-19: Here’s What Yuvraj, Harbhajan & Others Did To Support Coronavirus Fight