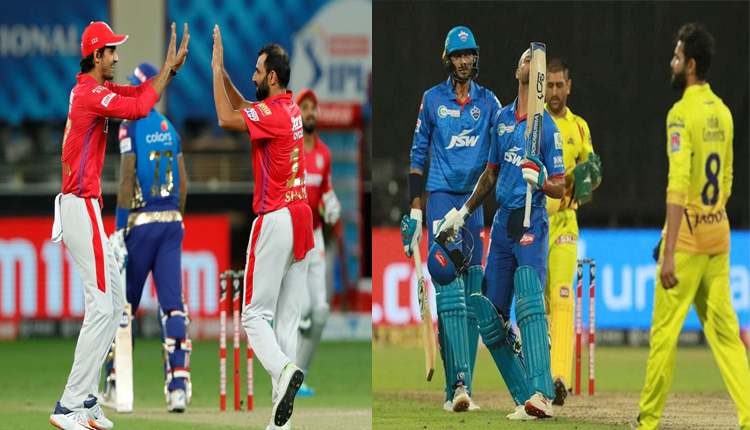 Dubai: Kings XI Punjab have moved up by two places and are currently placed at the sixth spot in the points table following the conclusion of 36 matches in the ongoing edition of the Premier League (IPL).

Kings XI, who were placed at the bottom of the table, came out with a thrilling Super Over win over Mumbai Indians on Sunday evening, and kept their hopes alive of making it to the playoffs, currently having six points from nine games.

Delhi Capitals continue to lead the chart with 14 points from nine matches. They are followed by Mumbai Indians and Royal Challengers Bangalore who both have 12 points.

Meanwhile, KXIP captain KL Rahul continues to wear the Orange Cap, having scored 525 runs in nine matches. He is followed by teammate Mayank Agarwal who has collected 393 runs. Faf du Plessis of Chennai Super Kings completes the podium with 365 runs.

In the bowlers’ list, Kagiso Rabada of Delhi Capitals leads the chart with 19 wickets in nine matches. Jasprit Bumrah is at the second spot with 15 wickets, followed by Mohammad Shami who has 14 wickets to his name.

On Monday, MS Dhoni-led CSK will lock horns with Rajasthan Royals in the 37th IPL 2020 match in Abu Dhabi.

IPL 2020: KKR Clinches Victory From SRH In Super Over