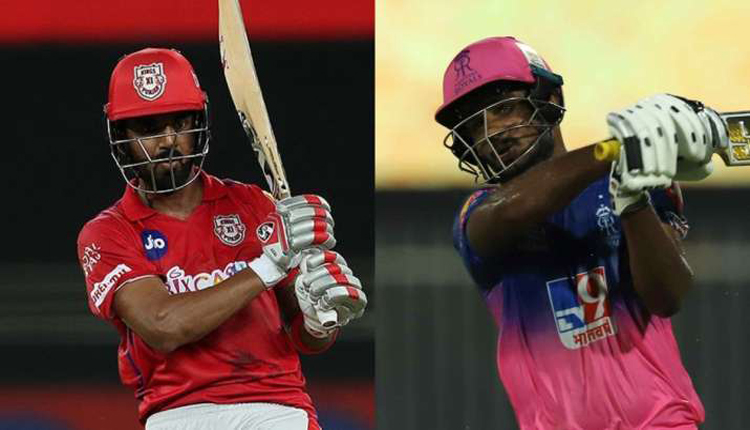 Sharjah: The KL Rahul-led Kings XI Punjab (KXIP) began their IPL campaign on a losing note but they bounced back in grand style by outshining Royal Challengers Bangalore (RCB) in their second outing. On Sunday, they will be up against a confident Rajasthan Royals (RR), who are now evenly poised with the return of Jos Buttler along with mentor Shane Warne.

In their last game, Rahul single-handedly blew the Virat Kohli-led RCB away with his unbeaten 132. Later, the Punjab bowlers also rose to the occasion and bundled out RCB for a paltry 109, setting up a massive 97-run win.

The KXIP team management will hope its players to replicate the show against RR. However, the only headache for KXIP will be the silence of Glenn Maxwell and Nicholas Pooran in the middle-order and the team management would likely try to make some minor changes here.

Punjab’s bowling, led by Mohammad Shami, meanwhile, looks in good rhythm. In the spin department, youngster Ravi Bishnoi and Murugan Ashwin were also clinical as they scalped three wickets each against RCB. KXIP head coach Anil Kumble’s strategy of going with two leg-spinners clicked on Thursday. However, it remains to be seen whether Punjab will continue with the combination or opt for a change against Royals.

Leaving the past behind, KXIP bowlers would certainly not take the Rajasthan batters lightly, especially looking at their decent show against CSK on Tuesday night.

Though Sanju Samson and skipper Steve Smith had an outstanding time with the bat against CSK, the rest of the RR batters were unimpressive.

While young Yashasvi Jaiswal, who opened against CSK, failed to provide a solid start after being packed back early, experienced Robin Uthappa and David Miller too fell cheaply. If Jofra Archer hadn’t smoked four maximums off the final over, RR would have surely not crossed the 200-run mark.

Looking at KXIP’s immaculacy in bowling attack, the RR batters need to be very watchful.

On the bowling front, barring Archer, no other RR bowler looked in good shape. Leggie Rahul Tewatia was amongst the wickets after bagging three from his quota but was expensive like Jaydev Unadkat, Shreyas Gopal and Tom Curran.

Looking at KXIP, who are beaming high on confidence, the RR bowlers need to deliver all the goods on Sunday night.

On paper, RR seem to have an edge against their opponents. Looking at their record against KXIP, RR have won 10 of their 19 games. However, looking at Punjab’s recent performances, the Steve Smith-led side would need to dish out something special for a win.