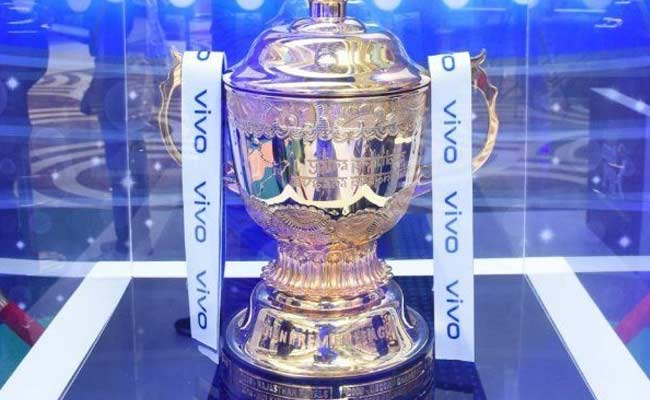 Colombo: Sri Lanka has offered to host the 13th edition of the Indian Premier League (IPL) which has now been indefinitely suspended by the BCCI due to the ongoing coronavirus pandemic.

The 2020 IPL edition was slated to start from March 29 but with the coronavirus outbreak it was first deferred till April 15 and now with the extension of nation-wide lockdown in India till May 3, it has been indefinitely suspended.

Apparently, the Sri Lanka cricket board has written to their Indian counterparts wherein they have offered to host the IPL.

“Apparently it will cost the BCCI and its stakeholders more than $500 million to cancel the IPL,” ESPNcricinfo quoted Shammi Silva, SLC president, as telling to Sinhala daily Lankadeepa.

“So perhaps they can minimise those losses by hosting the tournament in another country.

“If they play it in Sri Lanka, it’s easy for Indian audiences to watch the games on TV. There’s precedent for this because they’ve played the IPL in South Africa before. We’re waiting for the Indian board to respond to our proposal,” he added.

On two occasions in the past, the IPL has been shifted out of India. The 2009 edition of the IPL had been moved to South Africa due to Lok Sabha elections. In 2014, the UAE had hosted the first two weeks of IPL also because of the general assembly polls in India.

“If the Indian board does agree to play the tournament here, we’re ready to provide facilities in line with the requirements and recommendations of medical professionals. It would be a substantial source of income for Sri Lankan cricket as well,” Silva said.

Sri Lanka has so far registered fewer number of coronavirus cases as compared to India. Till now, the country has over 230 COVID-19 cases while seven lives have been lost in the island nation.

However, the lockdown imposed in Sri Lanka is even more severe than that in most parts of India, with a curfew having been put in place for almost four weeks. The Sri Lanka government remains optimistic about eliminating the virus from the country and if the goal is achieved, then Sri Lanka can become a viable option as an IPL venue. However, even then, the government clearance would be required to host such a big tournament.

BCCI is also looking at the two options of having an IPL this year. They are looking to organise the event in September and early October before the T20 World Cup in Australia or hosting it at the expense of the T20 World Cup if the ICC, Cricket Australia and other stakeholders are all in agreement.

Meanwhile, Royal Challengers Bangalore (RCB) paid tribute to their fans and urged them to stay home in a video that they tweeted. RCB would have been busy with the 2020 edition of the Indian Premier League (IPL) had it not been for the coronavirus forcing a postponement of the tournament.

The video shows clips of the players in practice and during matches and fans of the team in the stadium and on the streets. “The doctors and the police are playing bold everyday. To win, isn’t that why we always played? And we will continue even if glory is delayed,” says the narrator in the video.

The season was scheduled to start on March 29 with Mumbai Indians taking on Chennai Super Kings in the opener. However, two weeks before the start, the Board of Control for Cricket in India (BCCI) announced that the season’s start had been deferred to April 15 after the coronavirus pandemic forced the postponement of South Africa’s ODI series in India.

Remember, together we are stronger, and we will continue even if Glory is delayed.#PlayBold #StayHomeSaveLives pic.twitter.com/JP20WP1aOr

A few days after, Prime Minister Narendra Modi announced a three-week lockdown that ended on April 14. However, this lockdown has since been extended to May 3, prompting the BCCI to postpone the 2020 edition of the tournament till the situation improves.

In India, the condition is worse as more than 13,000 confirmed cases have been reported thus far with more than 400 people losing their lives to coronavirus.

COVID-19: Puri Jagannath Temple Servitors To Get Cash Assistance Of Rs 5000 Each

Air India Flight Skids Off Runway While Landing At Karipur…