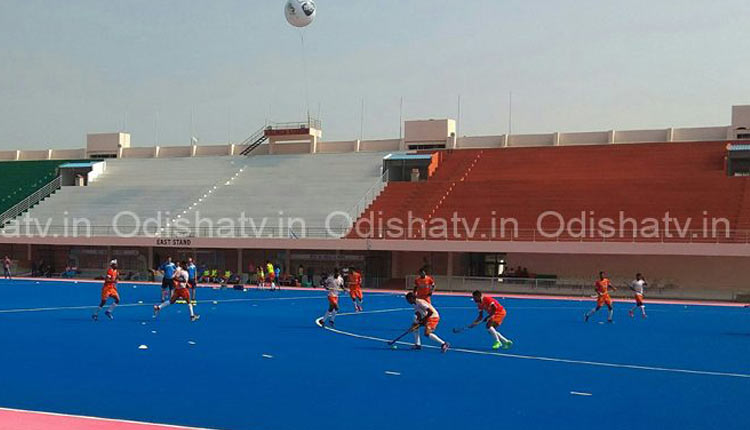 Bhubaneswar: After Kalinga Stadium opened its gates for elite athletes to train for the Olympics, the cadets from the Hockey High performance Centre, the Nava Tata Hockey Academy Odisha, resumed outdoor training at the stadium following the Standard Operating Procedures as laid down by the state and COVID-19 international guidelines for players laid down by National Centre for Disease control (NCDC).

“In this short span, since their induction, the players have shown improvement in their performance. Right amount of exposure and specialised coaching from national and international coaches has added to their game,” Laxminarayan was quoted as saying in the release.

“They, now, play with greater level of confidence. The hockey tournaments held in the state and the FIH Olympic Qualifiers in particular, gave them a chance to interact with the national women’s team and has added to their inspiration.

“The downtime is almost over for us all and we are looking at focusing on strength and conditioning but in planned but slow manner to avoid injury to muscles. Trainings with hockey sticks will commence from the first week of July,” he added.

The Hockey High Performance Centre which has been set up by government of Odisha in a partnership with Tata Steel and Tata Trusts to boost hockey, functions as a national academy with a focus on Odisha as the state has abundance talent at grassroot level.

“Post the forced lockdown across the country, the players are excited to resume their Sport. We ensure athletes strictly follow social distancing while interacting with fellow sportspersons, trainers and support staff, wear masks (when not training) wash hands and maintain personal hygiene,” Rajiv Seth, Project Director, NTHA, Odisha, was quoted as saying in the release.

“Their health is closely monitored for any flu-like symptoms. Thermal screening and sanitisation of turf, prior to every session is undertaken.

“We have conducted a session to create awareness on the pandemic risk and COVID-19 local transmissions. Online coaching has also been adopted. Hockey being a contact sport, we have advised them against handshakes, hugging and hi-fives.”

The players also expressed their happiness after returning to training following the long enforced break put forward by the coronavirus pandemic.

“It is exciting to be back on this blue turf, with my teammates and coaches,” Sumi Maundari, who is from Panposh Sports Hostel, Rourkela said.

“We miss our hockey sticks but we will start training with them soon. Nothing substitutes outdoor training. We have all missed this dearly and glad to resume training.”