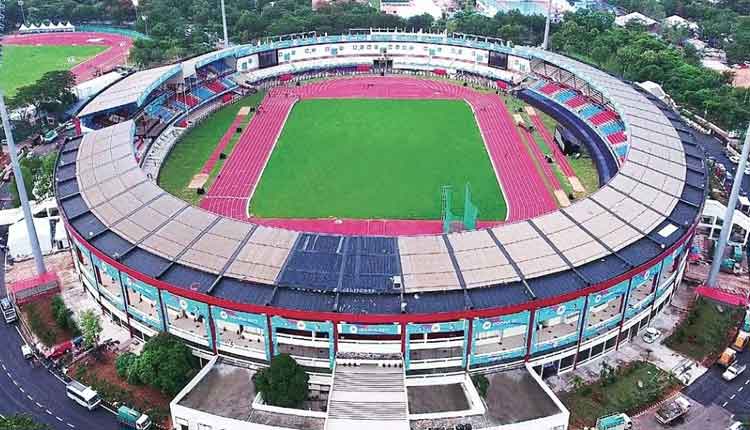 Bhubaneswar: The capital city of Odisha, Bhubaneswar, will host a total of eight matches of the upcoming FIFA Under-17 Women’s World Cup which is scheduled to take place from February 17 to March 7, next year.

The All India Football Federation today released the updated match schedule for the tournament which said that six group-stage matches, one quarter and one semi-final match will be played at Kalinga Stadium in Bhubaneswar.

The tourney will kick-start at the Indira Gandhi Athletic Stadium in Guwahati and the Kalinga Stadium in Bhubaneswar with matches in Group A and Group B respectively.

The league matches will be held on February 17, 20 and 23 while quarter-finals will be played on February 28 and semi-finals on March 3. The third-place match and the final will take place in Navi Mumbai on March 7.

All India Football Federation releases updated match schedule for the #FIFA U-17 Women’s World Cup India 2021, which is scheduled to take place from Feb 17 to March 7 next year.#Bhubaneswar to host 6 group-stage, 1 quarter & 1 semi-final match during the tournament #Odisha pic.twitter.com/pRFOhnshuo

Kalinga Stadium is among the five venues where the tournament will be played. The other host cities are Navi Mumbai, Guwahati, Ahmedabad and Kolkata. The five cities will host 32 matches involving 16 teams.

The competition which was earlier supposed to take place in November 2020 was rescheduled in the wake of coronavirus pandemic.

This is the second time India is hosting a FIFA tournament. Earlier, FIFA U-17 Men’s World Cup was held in India in 2017.