Govt Must Not Relent On Implementation of New MVA 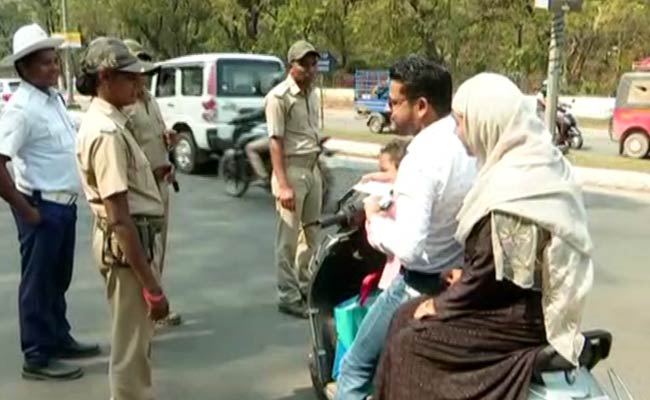 The man looked mighty agitated. “By all means, impose means for all other traffic violations: registration, insurance, pollution and everything else. But for heaven’s sake, spare those lacking driving licenses (DLs)? How can you fine people when they have been waiting for their DLs for over a month and half after having done all that was asked of them and getting their learning licenses? They are supposed to issue DLs within 10 days, aren’t they?” he went on, venting out his anger against transport authorities.

“But they can’t fine you if you have a learning license, can they?” another man butted in. The man opened the box in his bike and brought out his learning license to buttress his case. “Look here, what does it say?” he asked showing the relevant part in the paper and then went on to answer his own question thus: “It was issued on 6th of December, 2019 and is thus valid for the next six months or till 5th of June.” The first man was in no mood to concede defeat so easily. A brief but heated argument followed, which ended abruptly once the second man fished out a copy of a leading Odia newspaper and showed a news item that said possession of learning license provides no security against fines.

The argument referred to is not apocryphal but actually took place at a paan shop in Bhubaneswar where this columnist was present this morning. It revealed the extent of outrage and ignorance that prevail among the commuting public on the implementation of the amended Motor Vehicles Act (MVA) in Odisha.

Ever since the transport department, acting on its earlier announcement, started implementing the new MVA strictly after the expiry of the six-month window provided to commuters to get the vehicle documents ready in two back-to-back instalments, RTO offices across the state have buzzed with hyperactivity. During these six months, RTOs have gone to extraordinary lengths – opening special counters in their offices, setting up temporary camps at various places, working beyond regular working hours, setting up a host of computerized pollution check centres and so on – to ensure that people procure the papers they lacked before the ‘grace period’ ended. And yet, at the end of it all, there are still lakhs of people queuing up to get or renew their documents at various RTOs in the state.

So, what went wrong? Why did the defaulters fail to procure their documents required to drive despite the mammoth exercise launched by transport authorities? Part of the reason for it, of course, is the sheer scale of the task. With lakhs of papers for a wide variety of requirements to be issued in a short period, the available infrastructure and human resources of the Transport department proved to be hopelessly inadequate. The problem was compounded manifold by a sudden and quantum jump in the number of fresh application after the state government made its intention of enforcing the new MVA strictly in no uncertain terms as soon as it came into effect on September 1, 2019.

But the far bigger reason for the huge backlog is the people’s attitude. Having got used to being treated with kid gloves for years, they are simply not ready to accept the new scheme of things where they are hauled up and asked to pay hefty fines for violation of the new traffic rules. One gentleman, in his late 50s, confessed to this writer that he has been driving a two-wheeler without a DL for 25 years! “I have applied for one recently,” the man said rather grudgingly. “They must give some more time,” said a young man. Obviously, six months was not long enough! In many ways, this is just another example of the disdain we Indians have towards laws and not specific to violation of traffic rules. [In all probability, the man referred to in the opening para had dozed off after the government announced a ‘go slow’ following public protest and woke up only after the deadline neared, a classic example of the typically Odia trait of easing off as soon as the screw is loosened!]

The transport authorities have to certainly share part of the blame for this attitude among the commuting public. After all, the new MVA does not add to the list of violations; all it does is to increase the fine amount. All the offences for which people are being fined now were offences even before the amendment. By allowing people to get away with such violations – save an occasional check – for decades, they unwittingly conditioned them mentally not to respect or to fear the law. There can be no two opinions about the urgent need for a change in such an attitude because obeying traffic rules is good for them. Transport minister Padmanav Behera’s revelation that deaths due to accidents, in which Odisha has an extremely poor record, have come down by as much as 50% since the amended MVA came into effect makes a strong case for continuing with its strict implementation.

Having given the people adequate time, the government must not relent at this stage and breed complacency in their minds. The Opposition has behaved highly irresponsibly in lending their weight behind the violators. Senior Congress leader Suresh Routray has all but threatened the transport authorities to go slow on the implementation. But the government must not succumb to pressure, either from the people or the Opposition.