Column: The Real Challenge Will Begin After May 3 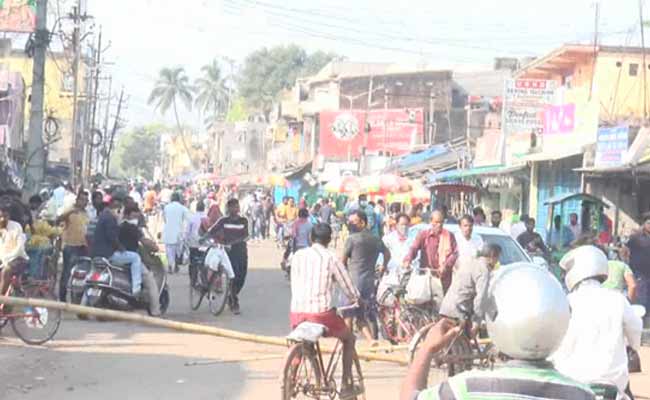 So far, so good. We have got a great measure of success in arresting the spread of the deadly virus, ‘flattening the curve’, doubling the ‘doubling rate’, holding back the crucial – and dangerous – third phase of community transmission, setting up exclusive COVID-19 hospitals, significantly augmenting testing facilities and limiting the number of deaths even as western nations are fighting a losing battle with the Coronavirus. The very fact that we have managed to enforce a nationwide lockdown, which has already lasted a month and still has over a week to go, without any major disruption of the law and order situation is no mean achievement either. No wonder the world is complimenting us for the way we have fought the extremely difficult battle with the virus.

But if the developments over the last few days are anything to go by, we could lose control and the situation could go out of hand in next to no time. The real challenge, as this columnist sees it now, will begin after May 3 (assuming that there is no further extension of the lockdown period) when crores of desperate migrant workers stranded in inhospitable conditions all over the country start trooping back to their homes. Estimates of such workers vary between 20 to 30 crores, large enough to outnumber the total population of many countries. The governments, both at the Centre and in the states, have failed to pin thousands of them down at the place they were employed – the use of the past tense is deliberate because many of them have lost their jobs – and prevent them from attempting the audacious, risky and life-threatening by walking, cycling and boating hundreds of kilometers back to their homes even when the stifling restrictions of the ‘lockdown’ are in force. In this backdrop, one shudders to think about how they will handle this huge crowd.

Also Read: Column: ‘Lockdown’ Isn’t Such A Terrible Thing After All!

Order and discipline have never been a virtue in India, even more so among the ‘great unwashed masses’, who are waiting anxiously for May 4. We have already seen glimpses of our penchant for defying the law and rules during the lockdown period itself, first in Delhi and then in Mumbai. That is why there is legitimate apprehension in the minds of many, including this author, that the post-lockdown period could soon degenerate into a free for all with the sheer number of people trying to get back among their near and dear ones at the same time.

Let us focus on Odisha, one of the states with a large outgo of migrant workers, to size up the enormity of the challenge and the measures in place to meet it. The state government has done well to prepare for this huge challenge by entrusting the primary responsibility of handling this large crowd to the Sarpanches, who have already been given ‘Collector’s powers’ (whatever that means!). But one wonders whether it is not asking for too much from 6, 000 odd sarpanches to handle the expected post-lockdown deluge when the government, with all the power and a nearly 6 lakh-strong workforce at its command, could not handle the trickle efficiently despite the restrictions in place during the lockdown period? The sudden spurt in positive cases in Balasore, Bhadrak, and Jajpur over the last few days is just an early indicator of the difficulty of the task of pugging all the loopholes. And the task, as we all know, is going to be a thousand times bigger and more challenging after May 3.

While it is true that the entire government workforce would work overtime to minimize the damage, the sheer size of the problem does not inspire much confidence that it can be handled effectively. The state government has already revised the number of expected arrivals upwards from just 1.5 lakh a few days ago to 5 lakh. The actual number, if those working for migrant labourers are to be believed, could be much more than that. The task is made all the more difficult by the fact that the vast majority of the incoming people are so desperate to reach home that they can hardly be expected to be good, responsible, law-abiding citizens and submit themselves to a 14-day quarantine immediately on arrival.  One can only bank on their good sense and hope that the massive ‘homecoming’ goes off without spoiling all the good work that the state government has done so far.

In the unlikely event of a further extension of the lockdown period, the problem could get even more intractable than it already is. For one thing, it would only delay the inevitable, not prevent it altogether. For another, it has the potential to create an enormous countrywide law and order problem which could derail the enforcement measures in place.

It’s a real Catch-22 position! All we can do at the moment is to bank on the efficiency of the government machinery and the good sense of the inbound crowd to see us through this extremely difficult period.