Column: The unenviable dilemma of the moderator 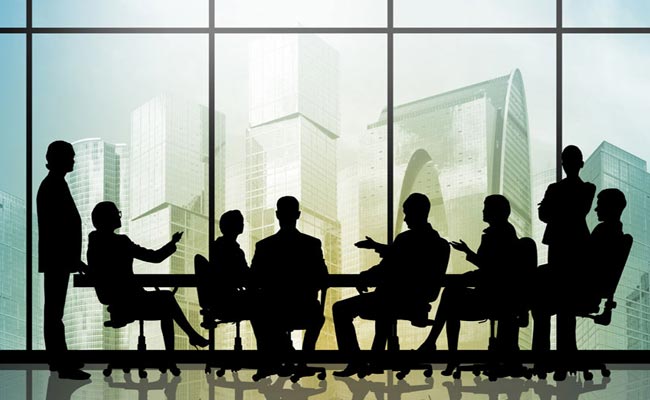 Moderating a session as part of a seminar/workshop/discussion can be a thankless job, more so when you are not an expert on the topic being discussed, but a member of the ‘jack of all trades, master of none’ tribe like yours truly! You read up all that you need – and more – on the subject before the event to make sure you don’t make a fool of yourself on stage. Next, you painstakingly jot down questions for each of the panelists based on their profiles and area of expertise. You bank on your presence of mind to spot any possible opportunity for a supplementary while banking as the panellist speaks. Paper in hand, you think you are fully prepared!

But all your preparations go out of the window once the first panelist starts speaking, not in response to what you have asked but a rather long-winded version of what s/he has come prepared with. At times, it can get hilarious as you listen to the speaker going on and on without paying even passing attention to the question asked. By the time s/he finally relents (often only after a gentle and polite prod from you!), you yourself forget what you had asked! This, by no means, is true of all such events. But it is certainly more the norm than the exception at least in Odisha. And you can’t really blame the panelists because they are not given the questions in advance and thus have no means of knowing beforehand what they would be asked. So, they do some ‘blind’ preparation of their own and then rattle them off no matter what question is asked. Organisers of such events should take note of this point and ensure that the panellists are given the questions in advance. [Of course, there is no guarantee that the speaker would stick to the question and respond to it even if the questions are supplied before the event! Some people are just incorrigible!!

Even serving a ‘polite’ reminder is not an easy task because you don’t quite know when and how to stop him/her. There are many instances where the speaker, when told to wind up, flares up and gives you and the organisers a mouthful, certainly not an experience you would like to have as an anchor. Things become particularly difficult when you are dealing with dignitaries with an enviable profile. Even if you muster the courage and whisper into his ears, there is no guarantee that s/he would end. More often than not, s/he would say “I would end in a minute’ and then go on for the next 5-7 minutes! Since serving a second warning is nothing short of blasphemy with such people, you can do little better than twiddling your thumbs and bank on his/her good sense to honour the promise just made. If s/he doesn’t, there is simply nothing that you can do except endure it! If one speaker takes up more than his/her allotted time, two things can happen; the session could go well beyond its stipulated time schedule or another speaker loses out on his/her allotted time. As the moderator, you don’t want either of these situations. The challenge for the moderator is how to manage time without inviting accusations of being ‘partial’ to a particular speaker (more so when the panellist is a woman!) as this columnist did on one occasion!

The toughest part of the moderator’s job, however, is handling the customary question and answer (Q & A, they call it) session with the audience. You see a sea of hands being raised in the hall and have the unenviable task of deciding who to invite to ask a question. While doing this, you have to be mindful of several things at the same time: making sure that you don’t allow too many questions, ensuring that the questioners are not all picked from one section of the crowd, ensuring gender non-discrimination and – the most difficult of them – sticking to the time schedule. With the oragnisers constantly breathing down your neck, this is a tough time at the best of times. No matter how loud and clear and how often you announce “Please keep your question short, simple and direct”, the ‘question’ invariably turns out to be a mini-speech, replete with quotes, facts, figures, data and so on. “But what is your question?” the panellist asks at the end of it all. It’s only after this that the questioner starts thinking about how to frame his/her question. At other times, the panellist, having forgotten the question amid the long-winded pontification, asks rather embarrassedly: “Will you please repeat a question?” There are some people who just would not stop at one; they would ask two, three or even more.

No matter how often and how emphatically you request the audience to switch off their mobile phones or keep them in silent/vibration mode, a few phones are certain to ring. People will crane their necks to see who the ‘culprit’ is. But blissfully unmindful of the prying eyes, the ‘culprit’ himself would be merrily talking to the caller, disturbing everyone. There are others who are completely oblivious of what is being said on the dais and are busy browsing their smartphones, taking pictures or videos, clicking selfies and posting them all on social media or going ‘live’. But at least they don’t disturb others as the ‘culprit’ does! It becomes completely chaotic if lunch/snacks/tea is being served in the same hall. The moderator, in such cases, has the unenviable dilemma of choosing between winding up in a huff and carrying on, knowing full well that no one is listening!

If you still want to become a moderator, good luck!