Even as State has not recorded any single COVID19 case, Naveen announces coronavirus lockdown. Marriage and religious functions to be regulated. Schools shut down & non-essential official functions cancelled 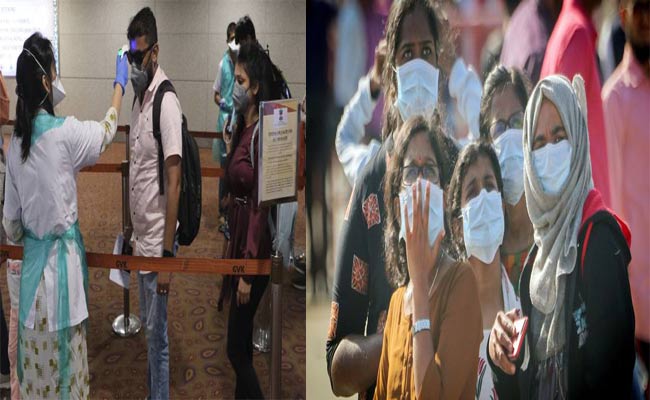 Bhubaneswar: Even as acutely hit states like Kerala and Delhi have declared public health emergency to deal with the rising menace of COVID-19, Odisha becomes the first state in the country to declare the COVID19 a ‘disaster’, despite not recording a single positive case till date.

Chief Minister Naveen Patnaik has announced this big decision in the State Assembly on Friday. He informed, “Odisha cabinet today has decided to declare COVID-19 as a ‘disaster’ for the State under the Disaster Management Act 2005″.

The CM has also informed that a fund of Rs 200cr earmarked to augment public health response Fund to fight the viral menace. Besides, Odisha has today became the 3rd state to enforce lockdown.

Odisha on Friday joined states like Kerala, Karnataka and Delhi to go for shut down of schools, cinema halls till March 31. After registering country’s first covid-19 death, Karnataka has even went to the extent of stopping marriage events.

And Odisha has also decided to regulate marriage and other religious gatherings. A blanket ban imposed on non-essential official seminars, workshops etc.

However, it is essential to mention that Odisha government has initiated all such emergency measures, despite all the 17 suspected corona samples having tested negative.

Therefore, is the CM right in declaring COVID-19 a ‘Disaster’ at this point of time?

At the outset the declaration is seen as a knee-jerk reaction by the State government, especially when acutely infected states like Kerala and Delhi have declared it as a public health emergency.

Similarly, a disease can be declared as ‘disaster’ under the Disaster Management Act, when the disease acquires an acute epidemic form throughout the State.

At the outset, at present, the COVID19 scenario in Odisha doesn’t qualify to be put under Epidemic Act or Disaster Act.

However, all said, it appears the main objective behind the declaration is to align the health service delivery apparatus in the State to become responsive and deliver time-sensitive emergency medical services.

Moreover, declaration of  disaster will make it imperative to draw district-wise health contingency and vulnerability plans so as to deal with the emerging COVID-19 threat to Odisha.

Here the moot point is does a threat exist to Odisha? Apparently so. A glance at the COVIDI9 map tells the tale.

Since, as per US-based Centre for Disease Control and Prevention, India has been put under sustained community spread of COVID19,  Odisha faces ‘spread’ threats from states like Maharashtra, Karnataka, AP and Telangana.

As sustained community transmission of Covid19 is discernible, the very threat of it travelling Odisha on road or rails cannot be ruled out, especially when scores of migrant labourers are staying in these states.

It is in this context, Odisha govt has declared it a disaster. So that, invoking the act the district authorities will empowered to shift any suspected case to isolation ward and contact members can be quarantined. Also, more quarantine centres can be created in the State to meet any eventuality.

But declaring a public health emergency could have taken care of all COVID-19 imperatives in the State.

Are the days of COVID19 numbered? Because, the mercury is rising in Odisha.

Here an important fact need to be remembered. The virus is surviving in human body, which has the normal body temperature of 37 degree Celsius. And the maximum day temperature today in the State is below 35 degree C.

Moreover, the maximum day temperature is not going to touch 40 degree Celsius anytime now. A look at the IMD models suggest the max day temperature in Odisha to touch around 38-39 deg C post mid-April only. Even, WHO has also observed that from the evidence so far, COVID19 can transmit in all areas including hot and humid weather.

But a certain scientific observation here is: High Temperature has a definite impact on the life cycle of a virus. In simple, hot climate will disrupt the life cycle or say survival rate of the virus and may put a brake on its rapid spread only.