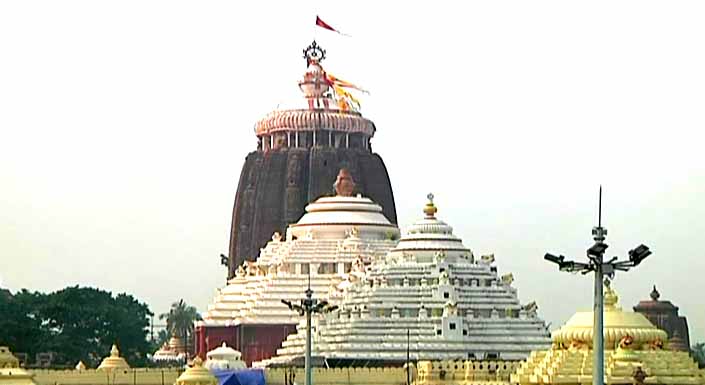 Puri: The Shree Jagannath Temple Administration (SJTA) has decided to keep Lord Jagannath temple fund and the corpus fund of the shrine amounting to Rs 287 crore in two nationalised banks- Bank Of Baroda and Union Bank of India.

The funds will be kept in equal shares as fixed deposits in the two banks at an annual rate of 6.26 per cent interest for a period of one year.

The decision to park the funds in BoB and UBI was taken after finalisation of the bidding process today. In the bidding, the two banks offered highest rate of annual interest (6.26%) on the deposits. As many as 10 public sector banks participated in the tender process.

“Union Bank Of India and Bank of Baroda have agreed to provide 6.26% annual rate of interest and accordingly decision was taken to park the funds in the two banks. We have sent the proceedings to chief administrator for approval,” informed temple administrator (development) Ajay Kumar Jena.

Speaking about the bidding process, Sambit Patnaik, branch manager of Union Bank of India said, “We are happy that Lord Jagannath’s funds will be kept in our bank. When the tenders were opened, Union Bank emerged as the highest bidder of interest which is 6.20 per cent while Bank of Baroda had quoted 6.15 per cent annual interest.”

Manoj Kumar, General Manager, Bank of Baroda, said, “Earlier, private banks used to take part in the bidding process. Now only government banks are allowed to take part. We have limited funds. After negotiation, we offered to pay maximum 6.26 per cent interest. Now the funds will be deposited in equal parts in Bank of Baroda and Union Bank.”

In the previous bidding, SJTA had said that Lord Jagannath Temple fund and corpus fund will be kept in Union Bank of India as long-term FD for a period of 3 years after the bank emerged as the top bidder promising a 5.75 per cent interest rate. However, the temple administration on March 24 cancelled the tender and invited fresh quotations from 16 banks for parking the temple funds.

Reunion Of Kapil Sharma And Sunil Grover On The Show?