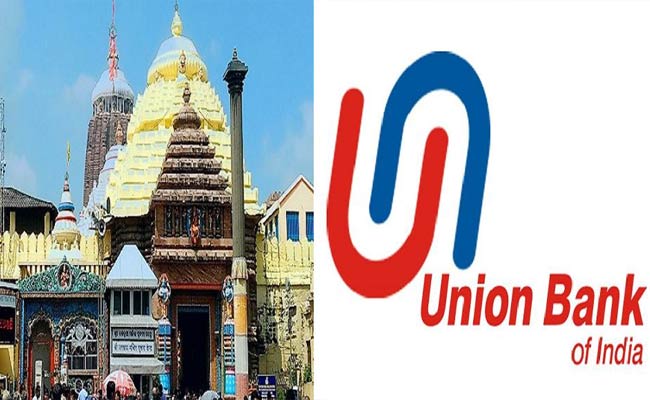 Puri: A day after Yes Bank remitted Rs 389-crore fixed deposit account of Shree Jagannath Temple Administration in Puri, to State Bank of India, the admin today revealed that Srimandir funds will be kept in Union Bank of India (UBI).

Informing the same, SJTA administrator (development) Ajay Kumar Jena said that both the Lord Jagannath Temple fund & corpus fund of shrine will be kept in Union Bank of India as long-term FD for a period of 3 years.

The decision was made based on a tender process today where UBI emerged as the top bidder promising a 5.75 per cent interest rate in comparison to Indian Bank and Canara Bank which offered 5.4 per cent and 5 per cent, respectively.

#CORRECTION: Lord Jagannath Temple fund & corpus fund will be kept in Union Bank of India as long-term FD for period of 3 years as the bank has agreed to pay highest interest rate of 5.75%: SJTA Development Administrator Ajay Kumar Jena #Odisha (Previous tweet will be deleted) pic.twitter.com/CqtuyCpLBj

Meanwhile, Leader of Opposition Pradipta Naik has alleged fraud in interest earned on the deposits in Yes Bank.

As per reports, the fixed deposit (FD) account of the Puri Jagannath temple in Yes Bank has accrued a total interest of Rs 8.23 crore. LoP Naik however said that funds have been swindled by lowering interest rates. “While it was being claimed that the deposits would fetch 8.61 per cent interest, the actual rate earned is just 2.11 per cent,” Naik alleged.

Yet again cornering the Odisha government over parking of Srimandir funds in Yes Bank, OPCC chief Niranjan Patnaik said that both CM Naveen Patnaik and law minister were aware of the deposits. The government should clarify on all such deposits in Yes Bank, he said.

A total of Rs 592 crore was kept in Yes Bank, Rs 545 crore as fixed deposits and the remaining Rs 47 crore was in a flexi account. The money kept in the flexi account has already been withdrawn while Yes Bank transferred Rs 397,23,27,636 (principal Rs 389 crore and interest Rs 8,23,27,636) to the designated SBI Account of Jagannath Temple Corpus Fund, SBI main branch in Puri on Thursday, and it said it has two more FDs of Rs 156 crore which will be transferred by the end of this month.