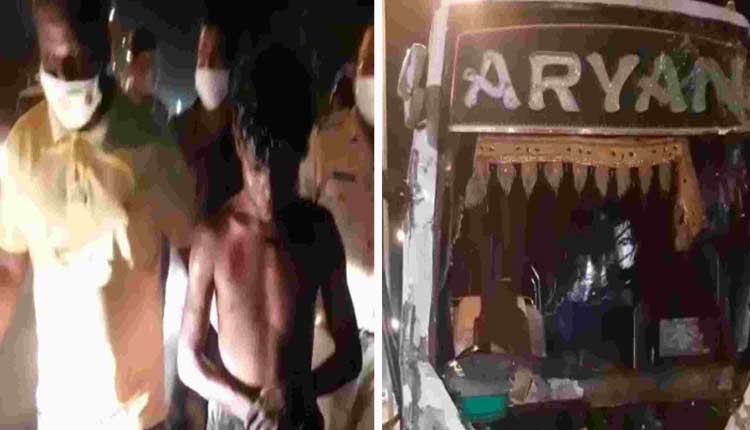 Cuttack: Commissionerate Police on Friday nabbed a person on the charges of stealing a bus from Bhubaneswar after a high-drama chase on the National Highway.

As per reports, the accused reportedly drove away with the bus from Khandagiri area at around 8 pm yesterday. On getting information, PCR vans of Commissionerate Police swung into action and gave the robber a chase on the NH-16 stretch connecting the twin cities of Cuttack and Bhubaneswar.

Source said the accused got involved in multiple accidents while trying to give the patrolling cops a slip. However, the accused ran out of luck after a team of Chauliaganj police station intercepted the road by placing a stationary truck.

The front portion of the bus suffered damage after the accused rammed the vehicle into the truck, sources said.