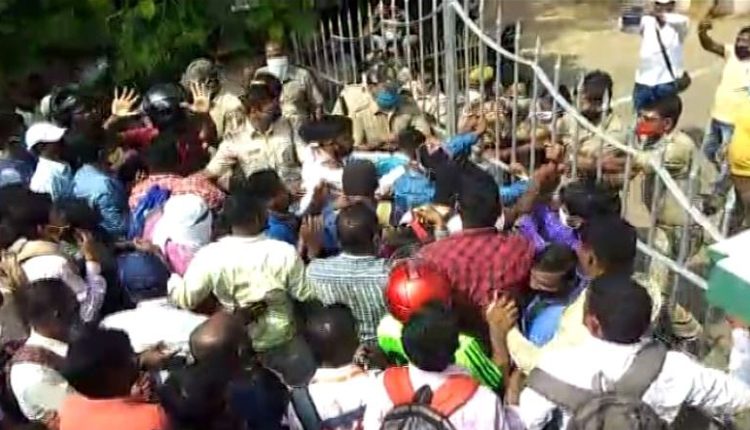 Keonjhar: Situation was tense at the Keonjhar Collectorate after a scuffle ensued between police and the workers of Thriveni and MTLL companies, who have been protesting layoff.

The protesting workers of the companies alleged they have been unofficially retrenched without prior notice. Some workers also claimed that they have not been paid for months. 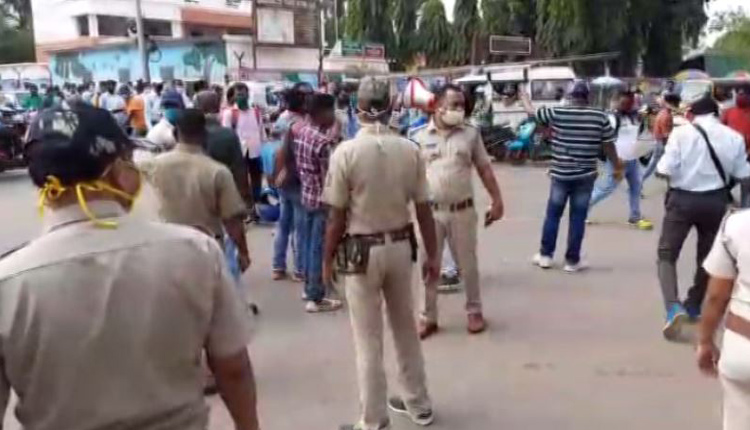 “Despite of the fact that we were promised long term employment, we have been illegally laid off overnight without any explanation or notice. We have families, and such a step is sheer injustice,” said one of the protestors.

“We had come for a peaceful protest and to submit our charter of demands to the collector. However, we were asked to stop at the gate by police officials. Having the democratic right to protest, when we tried to meet the collector, the police started attacking us and closed the main gate,” said one of the protesting workers.

Further, no clarification on this matter has come from the mines companies as of now.