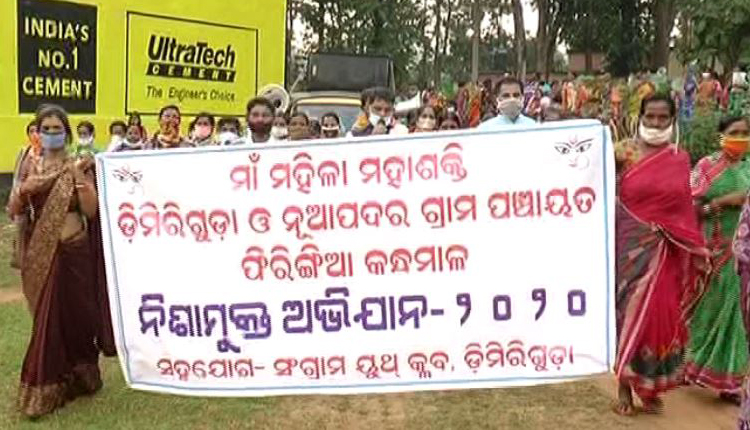 Hundreds of women under the banner of Maa Mahila Mahashakti Mahasangh have firmly decided to impose ban on sale and consumption of liquor in the two panchayats. According to the forum members, liquor sale and consumption is leading to a rise in criminal activities and domestic violence in the villages. As a part of their mission to get rid of this social evil, an awareness programme was organised and was followed by a mass rally today.

The activists conveyed their message of zero tolerance against alcoholism by deciding that people involved in manufacturing or sale of liquor will be denied privileges like ration card, pension and loans.

“This is an example of woman empowerment. These women definitely deserve an award for coming up with such a noble initiative. The state will prosper if people shun liquor and drugs,” said lawyer, Ramesh Chandra Mohanty.