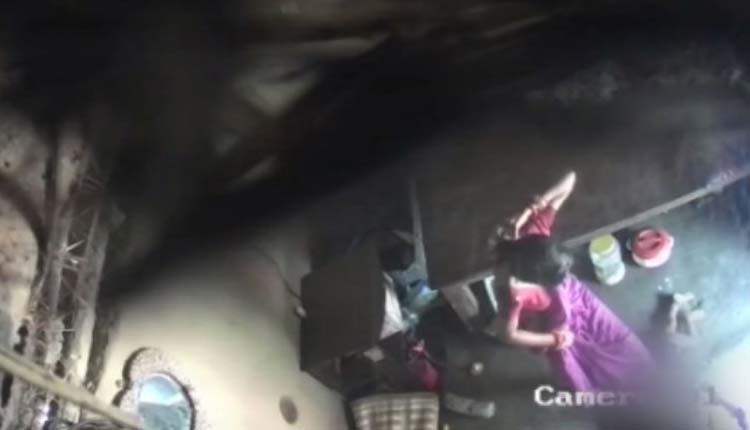 Puri: A woman was caught on camera mercilessly thrashing and strangulating her 15-month-old son at Paikasahi village under Gop police limits here in the district.

The video clip, which was posted in the social media by the woman’s husband, showed the lady kicking and also strangulating the baby repeatedly with his hands and legs tied.

Recently, Gop collected the CCTV footage and examined them after husband of the woman filed a complaint in this regard.

The complainant has requested the police to rescue his son and take serious action against his wife for her inhuman act.

“My wife used to harass my old parents and now she has started torturing my child. I often found her thrashing my son following due to which I installed CCTV cameras in my house. I want police to interfere in the matter and take action against my wife,” he said.

On the other hand, the woman has alleged that his husband is neither taking care of her nor providing food.

Defending the charges levelled by her husband, the woman said, “Did I give birth to my son to kill him? It is my husband’s conspiracy to kick me out of the house.”

Fasten Your Seat Belts, We Are About To Take Off, Swamy On Sushant Singh’s Death Case