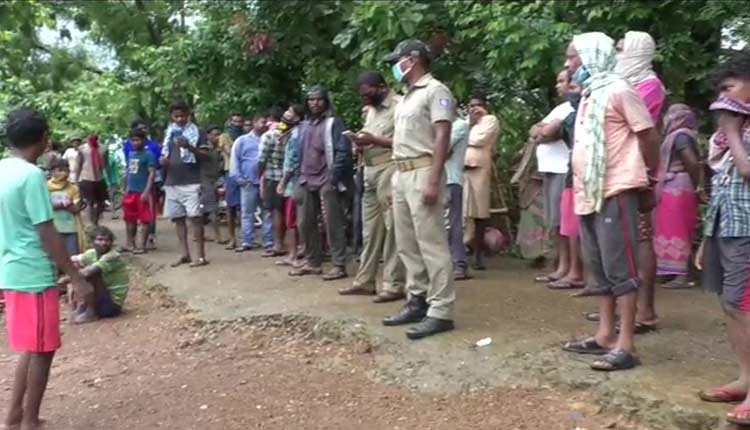 Baripada: Despite a lot of awareness to shun blind belief & superstitions, several people mostly in rural areas of Odisha are yet to break the shackles of such evil practices.

In a brutal outcome of such retrograde behaviour, a man allegedly killed a woman of his village and later walked into police station with the victim’s severed head wrapped in a towel. The accused has been identified as Budhuram Singh and the shocking incident has been reported from Karakachia Nuasahi under Khunta Police limits in Mayurbhanj district.

As per reports, Budhuram allegedly killed Champa Singh suspecting her of casting ‘black magic spell’ on his daughter who died on Wednesday last. Champa was reportedly inside her house when the accused dragged her out and chopped her head with an axe. Later, he walked to the police station with the severed head and surrendered before the cops.

“My daughter died due to some black magic by Champa and today I killed her,” the accused said.

In another incident, a youth killed his elder brother following a squabble over a petty issue and buried his body with the help of some villagers in Chakuri village of Balasore district. The deceased has been identified as Rohit Hembram.

As per reports, the incident occurred on June 10.

After a police complaint was lodged, police exhumed the body while five persons have been detained in connection with the murder case.

“We have detained five persons and further investigation is on,” said Manas Kumar Bal, IIC of Basta Police Station.