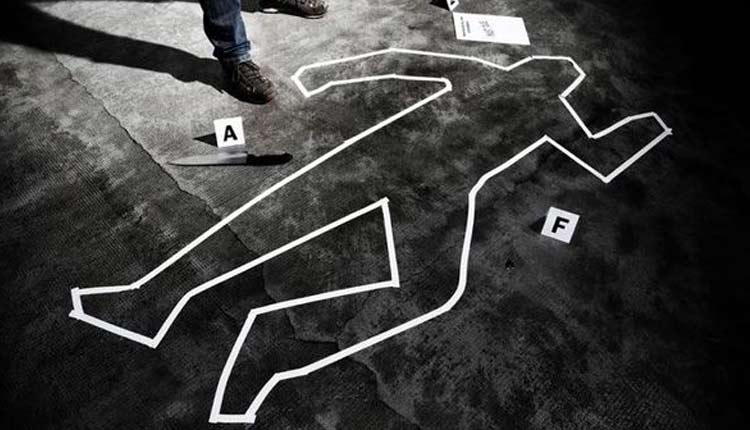 Bhubaneswar: On the first day of Raja when people are celebrating the festival with their loved ones by staying indoors due to the COVID-19 pandemic, reports of as many as four ‘murders’ in a span of 24 hours have sent shivers down the spine of people in the State.

A youth was reportedly shot dead at Dadhimachhagadia Adivasi Sahi under Sadar police limits in Khurda district over suspected past enmity. The deceased has been identified as Lala Pradhan.

As per reports, some unidentified people came to his home today morning and took him to a nearby place. Later, they opened fire at him.

“We have recovered six bullet shells and a live bullet from the crime spot. Our investigation is on and the miscreants will be nabbed soon,” said Sushil Kumar Mishra, SDPO, Khurda.

A milk trader was reportedly murdered by some miscreants inside his godown at Hilpatna in Berhampur on Sunday.

Some people spotted body of the deceased today morning and informed the local cops. Later, Gosani Nuagaon police reached the spot along with a scientific team and started investigation.

In another incident, a youth allegedly killed his mother today at Khairamal village under Binika police limits in Sonepur district. If reports are to believed, the youth had a heated exchange of words with his 62-year-old mother over some issue before he beat his mother to death.

Another youth was reportedly beaten to death on Sunday over suspected past enmity in the State. Three miscreants allegedly killed Rabindra Dehuri at Tentuli village under Badasahi police limits in Mayurbhanj district.

Tentuli villagers managed to nab two of the three accused and handed them over to police. The cops have now launched a man hunt to nab the third accused.

On the other hand, body of man was found near Mahanadi river bank today in Sambalpur. It is suspected that the man killed himself after the death of his wife.

Police had recovered the body of deceased’s wife from their house at Arja village under Dhama police limits yesterday.

Parents Want CBSE, CICSE To Scrap Pending Board Exams Due To Spike In COVID-19 Cases