Without Bridge, Patient In Odisha Carried On Shoulders Across River To Reach Hospital 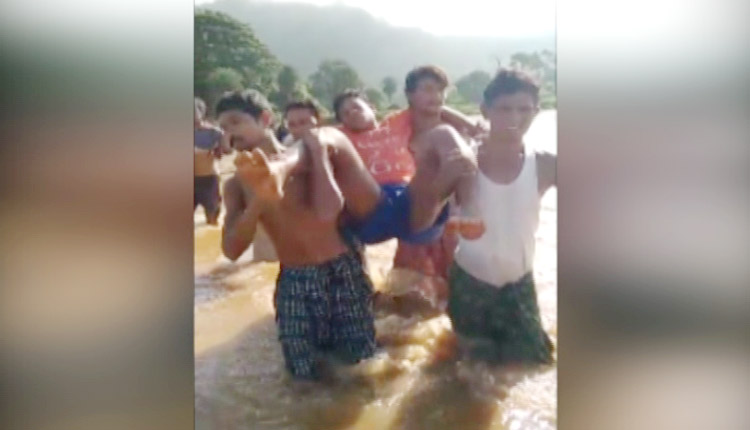 Rayagada: Due to the lack of a bridge and road connectivity, residents of a remote village in Rayagada district reportedly had to carry a patient on their shoulders to cross a river in a bid to reach the hospital.

According to sources, Sagar Kohla of Khilimisiguda under Kereda panchayat fell sick on Saturday. The village which is located 22 km away from the district headquarters town reportedly does not have road connectivity and its residents have to cross the Nagabali River.

So the villagers carried the youth on their shoulders and waded through the knee-deep water of the river to reach the nearby health centre.

According to the villagers, construction of a bridge on the Nagabali river is underway but the inordinate delay in completion of the work is causing a lot of inconvenience.

“The youth was sick and we brought him to hospital with a lot of difficulty by carrying him on our shoulders while crossing the river. The bridge work is underway, but it is yet to be completed. We urge the State government to expedite the work,” Pramod Kalaka, a local youth said.

The response of the district administration could not be obtained in the matter.