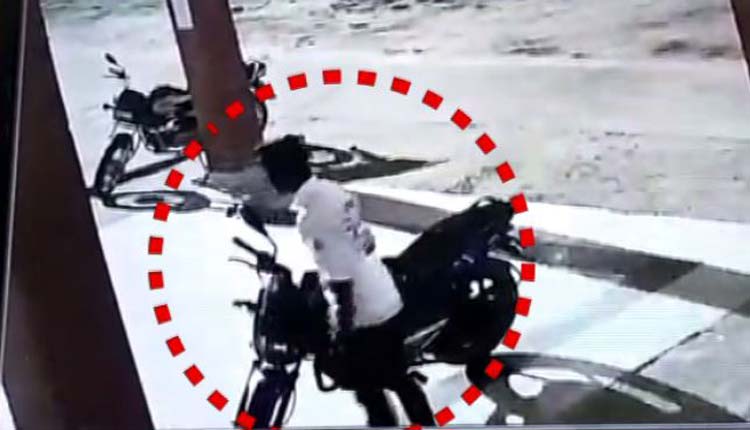 Dhenkanal: An unidentified miscreant stole a bike parked inside the premises of the district headquarters hospital (DHH) here on Monday. The entire act was captured in CCTV camera installed in the hospital.

The CCTV footage showed how the miscreant first attempted to unlock the bike, but failed. After some time, he tried his luck again and much to his satisfaction, he managed to break open the lock of the motorcycle with another key. Later he swiftly decamped with the motorycle before anyone could spot him carrying out his act.

The bike is stated to be owned by a staff working in the headquarters hospital. Dhenkanal Town Police have launched an investigation into the matter after the owner of the bike lodged a written complaint in this regard.