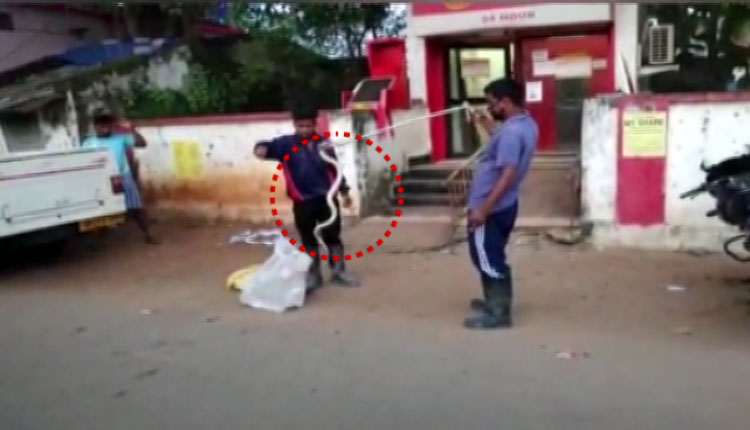 Sambalpur: A 5 Feet long Cobra which was discovered inside an ATM kiosk in Sambalpur on October 19, was rescued by professional snake catchers on Thursday.

The reptile has been released in the forest following its rescue.

As per reports, the snake was first discovered by a customer who had gone to withdraw money from the India Post ATM near the Kuchinda Panchamukhi square in the district on Monday evening.

After spotting the reptile, the customer informed authorities who sealed the kiosk for the next four days in order to prevent the entry of others.

Moreover, a poster was put up outside to alert customers about the presence of a snake inside the kiosk. Following four days search, volunteers from the snake helpline managed to locate the snake on Thursday and rescued it.

The snake was later released in the forest.
Snake Charmer Dies In Odisha After Cobra Bite, Video Goes Viral