Villagers Dig Up River Mouth In Odisha After ‘Govt Neglect’ 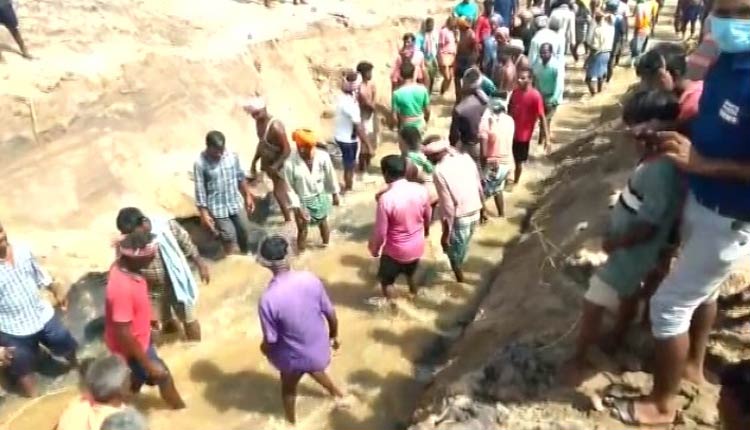 Berhampur: Locals of a village in Odisha came together to dig up an estuary all by themselves after facing years of neglect from the district authorities in the Potagada region of Ganjam district.

Villagers allege that sand accumulation over the years at the Rashikulya estuary has led to silting of the river. The consequent rise in water level at the mouth has been causing floods in the Potagada and its adjoining region, they said.

As per the local residents, acute inundation by floodwater has forced them to move farther away from the river. Apart from this, local fishermen also say that they have been facing great difficulties as their boats get stuck in the river.

According to reports, numerous complaints filed by the locals with the district administration have gone unnoticed and the situation still remains unchanged. Fed up with the negligent attitude of the administration, the villagers therefore took up the initiative to desilt the river mouth.