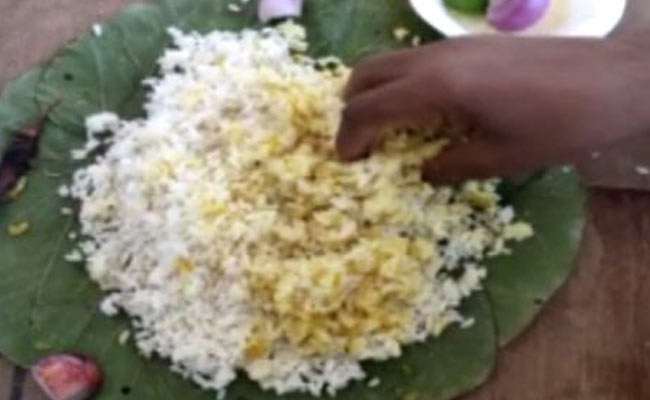 Bolangir: Allegations of serving of poor quality of food to inmates inside Covid-19 quarantine centre resurfaced in Odisha after a video went viral on social media.

The video reportedly shot at a quarantine centre in Bhanpur panchayat of Khaprakhol in Bolangir district showed how inmates are having only rice, dal, lemon and onion in their lunch.

According to sources five inmates of the Covid-19 quarantine centre reportedly complained about being served sub-standard food and shot the video before making it viral.

Reports said, the five migrants returned from Ahmedabad six days back and were placed under quarantine at a centre set up at Bhanpur. Two among them hail from Danamal village and one each from Gudbhela, Boudh and Rayagada.

On the other hand, Khaprakhol block development officer (BDO) Taruni Suna has refuted allegations levelled by the quarantine centre inmates terming them false and baseless.

“These are false allegations. As soon as the report came to light, I inquired into the matter and found that they were given standard food as per prescribed guidelines of the government. “I have instructed the officials concerned not to do any negligence in providing them foods.”

Notably, the Odisha government has fixed expenses for foods being served to migrants who are undergoing mandatory quarantine after their return to the State from other states amid lockdown. While Rs 120 is being spent for food of an adult per day, the cost is Rs 100 for minors. Besides, Rs 300 is being spent on hygienic kits of the migrants.