Vehicular Movement Disrupted After Temporary Culvert Washed Away In Ganjam 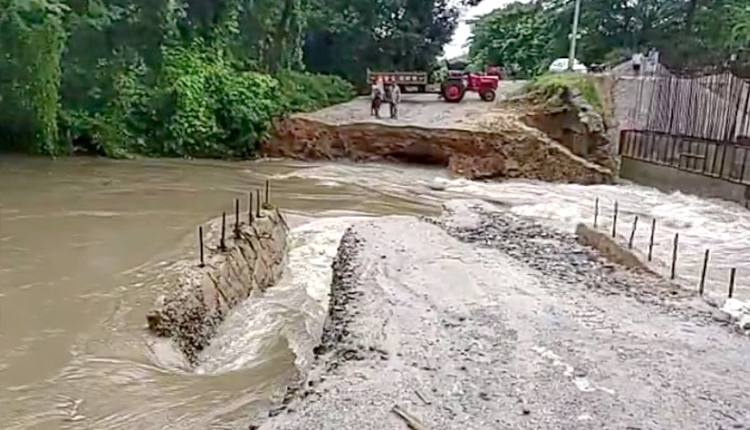 Berhampur: Vehicular movement between Digapahandi and Shergarh disrupted after a temporary culvert washed away near Sanakhemundi area here on Wednesday due to incessant rain.

Extremely heavy rainfall triggered by a deep depression on Bay of Bengal has wreaked havoc in various districts of south Odisha.

Earlier yesterday, the hours of downpour had caused a landslip and also washed away a bridge cutting off communication to several villages in Ganjam district of the State.

Gokulpur-Khariguda bridge on Patana River under Barada Panchayat in Ganjam district was washed away under the impact of strong floodwater current in the river due to heavy rainfall.

According to reports, connection to as many as 15 villages in the area was completely cut off due to the washing away of the bridge.