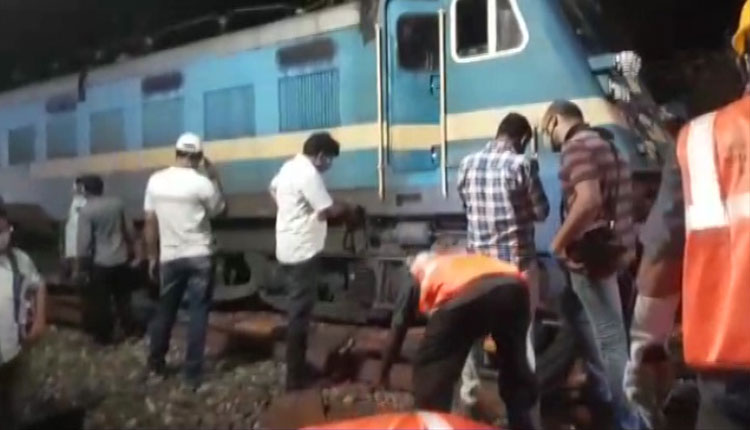 Puri: Two engines of an empty train derailed between Chandanpur and Tulasichaura area in Puri district on Monday night.

According to sources, the accident took place at around 8.30 pm yesterday when the train was on its way to Puri from Khordha Road.

Three wheels of front engine and one wheel of the back engine went off the tracks, sources added.

On being informed, a technical team of the Railways department from Khordha zone rushed to the spot and started the restoration work that lasted around 1.30 am.

Meanwhile, the Railways officials have launched an investigation into the matter.