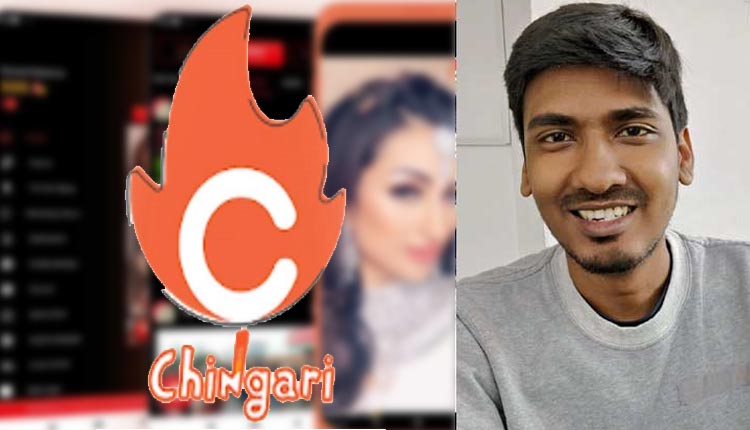 Chingari, an audio and video sharing platform was developed by Biswatma Nayak, who is from Cuttack district of Odisha and Siddharth Gautam, in 2019. Both the developers are currently based in Bengaluru and had launched the app as a part-time venture.

Bengaluru-based developers of the app in a statement said the “Made in India app continues to gain popularity as country’s users choose to boycott Chinese social apps”.

The clamour for boycott Chinese products and removal of mobile apps has been growing in the country in the aftermath of the killing of 20 Indian soldiers, including a colonel, in a violent face-off with Chinese troops on June 15 in eastern Ladakh’s Galwan Valley.

“The popular short video-sharing app has garnered nearly 5,00,000 users in just 72 hours and more subscribers are steadily joining the Chingari family,” Biswatma Nayak and Siddharth Gautam said in the statement.

They claimed the demand for Chingari has been trending at the number one spot on the Google Play Store and its popularity has already surpassed that of the Mitron app, a TikTok clone platform.

On June 10, the developers had said the app garnered more than one lakh users and the number of subscribers was shooting up steadily.

In the latest statement, Nayak said, The response of our customers has been overwhelming.Since the word spread that Indians now have a homegrown and more entertaining alternative to TikTok, we have been recording traffic beyond expectations on our app.”

The custom-designed audio and video based free social platform was developed in 2019 by the two and now they aim to achieve the milestone of a million downloads in a short span.

As Chingari is setting new benchmarks, a lot of investors are showing interest in our app. We are holding crucial discussions to get good investors on board so as to scale up our free-of-cost social platform, Nayak added.

Chingari, available in multiple languages, allows a user to download and upload videos, chat with friends, interact with new people, share content, and browse through feeds.

A Chingari user gets the opportunity to get creative with WhatsApp status, videos, audio clips, GIF stickers, and photos.

CBSE To Complete Pending Board Exams Ahead Of Competitive Exams, To Inform SC Tomorrow