Column: The Limits of Media Freedom 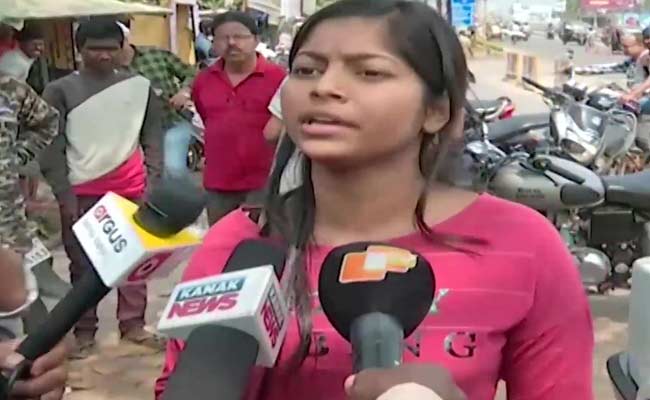 For those unfamiliar with the incident, here is a brief outline. A young lady is fined by traffic police for helmet-less driving. In next to no time, hordes of TV camera crews, quick to sense an opportunity for a juicy story, converge on the scene and demand a byte. The girl does her best not to face the cameras. Her demeanour leaves no room for doubt that she doesn’t want to answer them. But the media crews are in no mood to let this golden opportunity slip through hands so easily and keep pestering her. When she can’t take the constant haranguing and harassing anymore, she bursts into an angry retort. Undeterred by her outburst, the media persons chide her for ‘losing her temper’ and then go on to give her an instant sermon on how she should ‘behave’ with the media!

The ugly incident has put the media in the dock once again – and for sound reasons. It has raised, for the umpteenth time, important questions about the ethics and limits of journalism. How far can the media go? Does it have the right to force anyone to speak? Can a media person just barge into a place and thrust the boom on anyone’s face demanding a ‘byte’? And can it harangue someone for refusing to speak? Conversely, does the person being pursued have a right to refuse to speak? Or is s/he duty-bound to oblige the media?

The incident has predictably sparked off outrage across board with many aiming pot shots at the media for exceeding its brief. I am a journalist myself. But even at the risk of being dubbed a heretic or a ‘traitor’, I have to say loud and clear that I am on the side of the outraged public rather than my fraternity in this case. The girl was well within her rights to refuse to speak to the media – and even to get angry when she was constantly pursued and pestered. The media, in this case, had no business thrusting the boom on her face and demanding an answer. As if that wasn’t bad enough, it even had the cheek to give her a mouthful for not obliging them. [For all you know, they could be chuckling later that they got more than what they had come looking for!]

In the cynical world of modern day journalism, many scribes , especially of the TV  variety, believe they have an inalienable right to barge into any place, put their mikes on the face of anyone and demand an answer. They think they are just exercising their freedom of speech.  They will do well to know that they don’t enjoy any more ‘freedom of speech’ than the average Indian does. For obvious reasons, the tendency is more pronounced among the younger lot who have never been told about the do’s and don’ts of journalism.

In this particular case, the media was not exercising its ‘freedom of speech’ but intruding into someone’s private space (though the incident itself took place in public). Just as the media, or for that matter anyone else, has a ‘freedom of speech’, the girl too has the ‘freedom of silence’. Forcing her to speak against her will thus was not only unethical, but against all accepted notions of responsible journalism. It would have been understandable, if not forgivable, had it been a politician or an officer – and that too only if the question had to do with a matter of public importance – because they are answerable to the people. In this case, the girl was accountable only to the traffic cop and not to the media or anyone else. A word about the lady traffic police, who challaned the girl, would perhaps be in order. She disgraced herself by refusing to protect the young woman from the hounding and joining in the ‘fun’ herself. The girl had only violated a traffic rule. But the way she was treated by the media and the traffic cop, it seemed as if she was a hardened criminal!

The BBC has a well laid out policy for all its reporters in such matters and any violation is taken serious note of. My fellow journalists would do well to peruse – and follow – some of the important ground rules under the policy. The first of them is: you can interview, speak to or take pictures/videos of someone ONLY if the person permits it. Shooting/recording someone on the sly (without the person’s knowledge) is a strict no-no. If the person declines to speak, the reporter should not argue with him/her or demand a reason for the refusal; s/he simply has to leave the person alone.

Here is a piece of unsolicited piece of advice for our media owners, editors and other senior editorial staff. For heaven’s sake, please drill the ethics and the do’s and don’ts of the media into the minds of young, wannabe reporters before you ‘unleash’ them on the public in the field. Otherwise, the day is not far off when a media person would be beaten up by the public for exceeding his/her brief!

Everyone is bound by limits and the media is no exception.