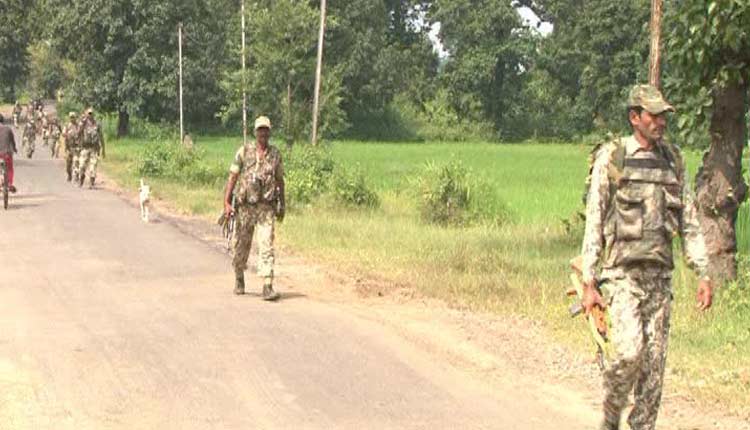 Malkangiri: With the ‘first-ever’ government bus service kick-started on Friday from Malkangiri to Jodambo, a 190-km stretch once known as a Maoist citadel, the BSF outreach is inching forward in ‘Swabhiman Anchal’ in Odisha to bring smiles on thousands of faces.

Swabhiman Anchal was previously known as a cut-off region near the Balimela reservoir, with over 150 villages in Odisha’s Malkangiri district. Situated along the Odisha-Andhra Pradesh border, the region had long been a stronghold of Left-Wing Extremists.

The credit for the bus service goes to the Border Security Force — a paramilitary force under the Ministry of Home Affairs that is basically mandated to guard the India-Pakistan and the India-Bangladesh borders.

The Odisha State Road Transport Corporation began the bus service on Friday to cover the area between Malkangiri and Jodambo — an area where only two-wheelers could go 10 years ago when the BSF was deployed there as a first security force to curb the Maoist menace.

The government bus service began following private services after the construction of the Gurupriya bridge in 2018, which connected Swabhiman Anchal with the rest of the state.

Till now, motor launches and boats were used to cover the arduous 5-6 hour journey from the district headquarters as the only mode of transportation to reach ferry points. From there, people took country boats to reach their villages. Even horses were used to travel in the remote parts of Swabhiman Anchal.

The region is covered by water on three sides and an inhospitable terrain on the fourth, where the BSF was deployed in March 2010 for the first time.

Surrounded from four sides by Andhra Pradesh, Telangana, Odisha, and Chhattisgarh, Malkangiri is a neighbouring district of Dantewada district in Chhattisgarh where the Maoist had killed 72 Central Reserve Police Force personnel in an ambush in April 2010.

A BSF official, who held a senior post when the BSF was first deployed in Malkangiri, told IANS on the condition of anonymity that the cut-off area beyond the Balimela reservoir was at one point of time a ‘safe haven’ for CPI-Maoists due to negligible security force presence.

The BSF deployment that began from 2010 led to gradual inroads into the Maoist-dominated areas.

“It did come at a price — we lost some of our finest officers and men. Now, we see smiles on the faces of locals, who are living a better life that is free from the threat of violence,” said the BSF official, who remained deputed in the region for almost seven years.

“The developmental works have gained momentum and the BSF deployment has been a huge step forward.”

Maoists used to move around freely in Malkangiri then, reminisced the official, adding they had kidnapped R. Vineel Krishna, then Collector of Malkangiri, in 2012.

The officer said that a 40-feet memorial was set up by the Maoists in Malkangiri after their central committee member Patel Sudhakar Reddy, who carried a reward of Rs 12 lakh, was killed in 2009.

The Maoist was also allegedly involved in the murder of senior IPS officers K.S. Vyas and Umesh Chandra, and the Balimela attack in 2008 in which 36 Greyhounds personnel died when the Maoists sank a boat on the Andhra Pradesh-Odisha border, he recalled.

“Our deployment increased thereafter and we entered the cut-off area.”