Temperature To Soar In Next Two Days In Odisha, Mercury Hits 40 Degree Celsius At Some Places 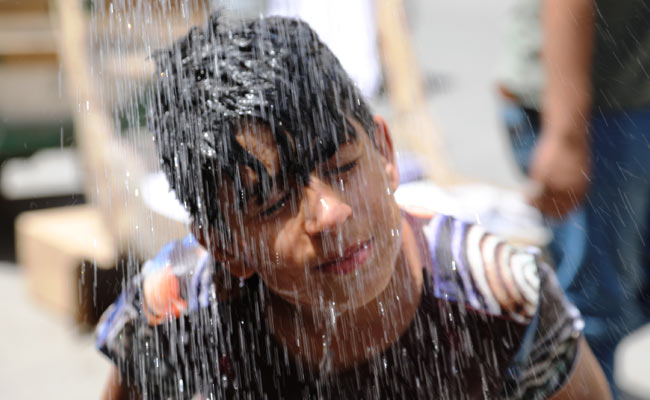 Bhubaneswar: The India Meteorological Department (IMD) in Bhubaneswar predicted that temperature across the State will rise by two to three degree Celsius in two days in Odisha.

“The maximum day temperature is very likely to rise by 2-3 degree Celsius and no large change thereafter,” said IMD in its official release.

Besides, three places of the State hit 40 degree Celsius on Wednesday. Titlagarh at 40.5 degree C remained the hottest place in the State while mercury rose to 40.2 degree C in Malkangiri followed by Bolangir at 40 degree C.

The mercury hovered at 39.5 degree C in Cuttack and at 39.2 degree C in capital Bhubaneswar.
The IMD also forecasted light to moderate rain accompanied by thundershower at one or two places over the districts of Balasore, Mayurbhanj and Bhadrak for 24 hours.

Similarly Bhubaneswar IMD centre has issued yellow warning for several parts of the State from April 3 to April 6.
“Thunderstorm with lightning are very likely to occur at one or two places over the districts of Mayurbhanj, Balasore, Kendrapada, Jagatsinghpur, Gajapati, Ganjam, Bhadrak and Jajpur on April 3 and 4,” the IMD said.

On April 4 and 5, thunderstorm with lightning and gusty surface wind speed reaching upto 30-40 kmph very likely to occur at one or two places over the districts of Cuttack, Balasore, Bhadrak, Jajpur, Kendrapada, Jagatsinghpur, Khurda, Ganjam, Gajapati and Puri, added the IMD.

Yellow warning has also been issued for Malkangiri, Koraput, Rayagada, Gajapati, Ganjam, Kandhamal and Mayurbhanj on April 5 and 6.