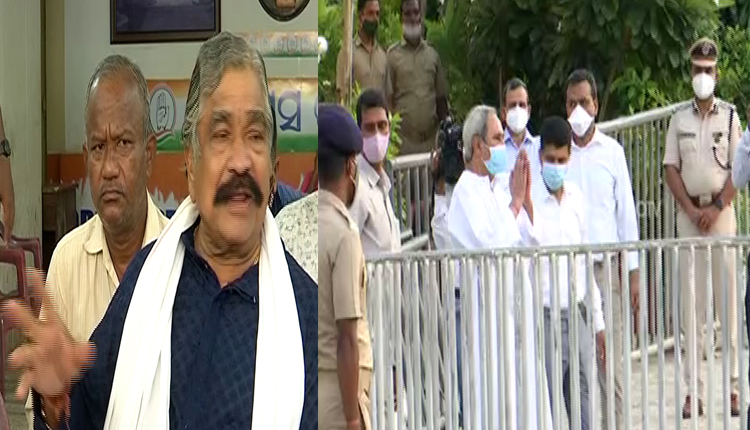 Bhubaneswar: Senior Congress leader Sura Routray came down hard on Chief Minister Naveen Patnaik here on Sunday over the timing of his Puri visit alleging that it was meant for gaining political mileage ahead of the ensuing by-elections in Tirtol and Balasore Sadar.

“The Chief Minister was confined to his room for the last seven to eight months since the outbreak of Covid-19 and was totally dependent upon the bureaucrats, which has hampered the development work in the state seriously,” alleged Sura.

“Now, with just few days before the by-elections, Naveen came out of his seclusion and visited lord Jagannath temple only to gain political mileage,” he said, adding that the people of Odisha know about  the real intention behind the visit.

Sura also stated that no development has taken place in Tirtol and Balasore since last 15 days.

“Whatever development has taken place in those two assembly constituencies, it happened during the tenure of Congress and the party will take this development issue before the public in the upcoming election as their trump card,” the veteran leader added.

Voting for the by-polls in Odisha for two assembly constituencies will be conducted on November 3 and counting of the votes will take place on November 10.

The by-polls were necessitated following the death of BJP MLA of Balasore Madan Mohan Dutta on June 17 and the demise of BJD MLA of Tirtol Bisnhu Das on July 6.