Special Status To Odisha: Man On Padayatra For Last 15 Months 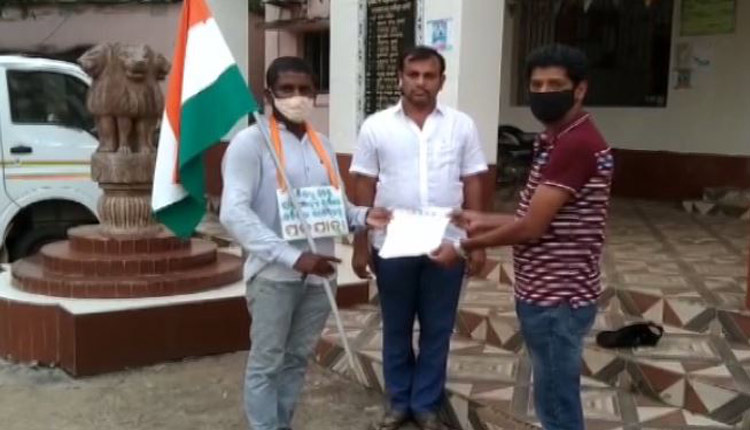 Dhenkanal: Satyabrata Das, a resident of Balikuda block in Jagatsinghpur, has been on a march for the last 15 months for the fulfilment of long-standing demand of special state status to Odisha.

According to reports, Satyabrata who embarked on the mass awareness drive in July last year has so far visited 256 blocks in the State. Every time he reaches a block, he submits a memorandum to the Block Development Officer (BDO) addressing to the President of India.

Satyabrata aims to cover all 314 blocks in the State by January end. On Sunday, Das reached Parjang and Kamakhyanagar blocks and submitted memorandums to the BDOs.

“I have started the padayatra on July 10, 2019. With this, I am trying to draw the attention of the President of India for special state status to Odisha,” said Satyabrata.