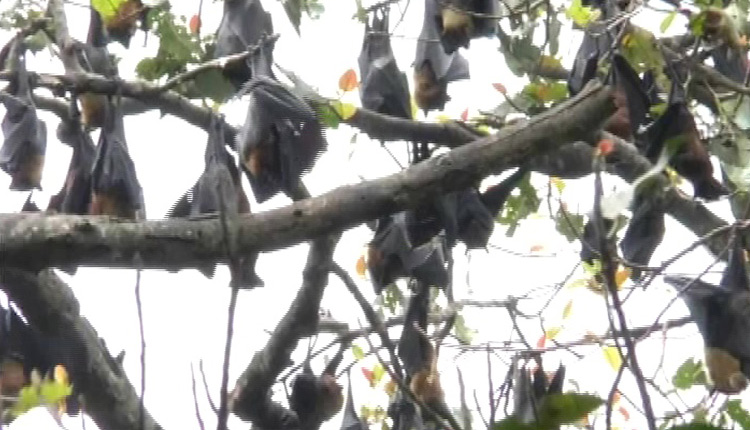 Keonjhar: Bats, the only mammal capable of flying, are generally frowned upon by people as evil and carriers of disease. But they are an indispensible link in the ecosystem, the trait that the villagers of Taramakant under Bansapal block in Keonjhar acknowledge and have ended up creating a sanctuary-like habitat for the nocturnal birds.

Being carriers of diseases, especially Coronavirus, is probably one of the most damaging stereotypes for bats. But contrary to popular belief, not all bats have Coronavirus as many researchers and chiropterologists would corroborate.

The locals of Taramakanta are far from the cliché associated with bats and have developed a special bonding with the mammals that has made the village committee formulate a law to ward off poachers.

The penalty for killing a bat in the village is reportedly Rs 5000. Penalty apart, the sheer respect and love for the birds have reportedly resulted in an increase in their numbers over the years.

Laxman Palai, a senior citizen from Taramakanta said, “Bats are here since ages. I have heard about them from my father and grandfather too. To stop poaching, we have made a provision of penalty and it has yielded results too.”

Asking for government support, another local, Parsuram Nayak said, “There are around 20-30 trees in the village that provide habitat to the bats. But unfortunately, those trees have become old and are at the end of lifespan. We need immediate support from the government.”

The most important thing is that the villagers respect the contribution of bats to the ecosystem by means of pollination and pest control, so their demand of an enclosure for the bats and afforestation in the area has found support from all quarters.