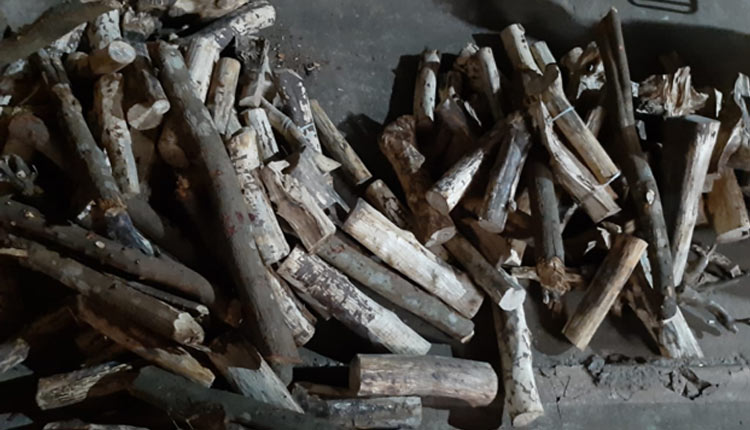 Cuttack: The Special Task Force (STF) of Odisha Crime Branch on Thursday evening arrested three sandalwood smugglers and seized a huge quantity of the aromatic timber of over Rs 70 lakh from their possession in Tangi area of Cuttack district.

On the basis of a reliable input, the STF detected a case of illegal possession and deal of sandalwood by some smugglers inside Dalajodi forest under Tangi police limits and arrested the three accused, said a statement issued by the Crime Branch.

The three persons have been identified as Hemanta Chatois and Kanhu Chanran Bhoi of Tangi area and Dandapani Das of Khandapada area in Nayagarh district. They were arrested after they could not produce any valid license or authority in support of possession of the sandalwood.

The STF also seized sandalwood weighing around 4.6 quintals and other incriminating articles from their possession. The estimated cost of seized aromatic would be more than 70 lakhs, informed the STF.

A case under Orissa Forest Act, 1972 has been registered at Tangi Police Station against the three accused for necessary legal action. Further investigation into the case is underway, the STF added.