Sanatan Rath, The Brain Behind Brain Surgery In Odisha, No More 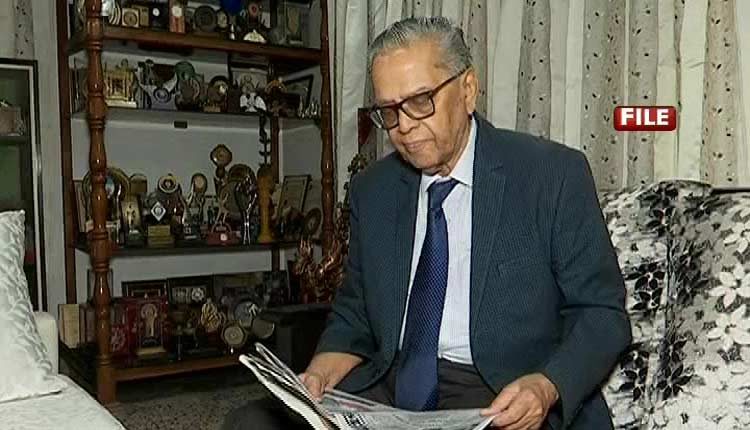 Cuttack: Eminent neurosurgeon Dr. Sanatan Rath passed away today at the age of 86 in his Cuttack residence. He was suffering from cancer and other old-age related complications for quite some time, his family sources said.

Prof. Sanatan Rath was born on July 25, 1934. After completing his Master of Surgery in Neurosurgery from Christian Medical College, Vellore in 1965, he joined as an Assistant professor of Neurosurgery in SCB Medical College and Hospital and was later appointed head of the department.

Rath was one of the most sought-after neurosurgeons in the country during his professional career and successfully conducted numerous critical surgeries across the State and outside which earned him a lot of fame. He was chosen as the Director of Medical Education in Odisha in 1991.

Eminent neurosurgeon Prof. Sanatan Ratha passes away at the age of 86 years at his Cuttack Kanika chhak-based residence. He was suffering from old-age related complications for quite some time, his family sources say #Odisha (File Pic) pic.twitter.com/0v8OlNnPDq

“It is a huge loss to medical science in Odisha. He was first neurosurgeon of the State and played a crucial role in the development of its treatment. When he completed MS Neurosurgery from CMC Vellore, he was offered a job there. However, he did not accept the offer and returned to Odisha to serve the people,” Senior neurosurgeon Ashok Mohapatra said while expressing condolence on the demise of the veteran doctor.

“In 1981, he procured a CT scan machine for SCB. At that time, there were only two other CT scan across India. Later, he also started neurosurgery training,” Mohapatra said.

Sanatan Rath was elected as the President of the Neurological Society of India in 1994 and President of Association of Neuroscientists of Eastern India (ANEI) in 1995.  He was the winner of the Lifetime Achievement Award in 2009.

CM @Naveen_Odisha has expressed deep grief over the demise of eminent Neuro surgeon Dr Sanatana Rath and conveyed his deep sympathies to the bereaved family. CM said Dr Rath’s immense contribution to health education in #Odisha, especially in neurology will always be remembered.

Many doctors, social activists and lawyers visited Rath’s residence to pay tributes. His last rites will be conducted at Puri Swargadwar.