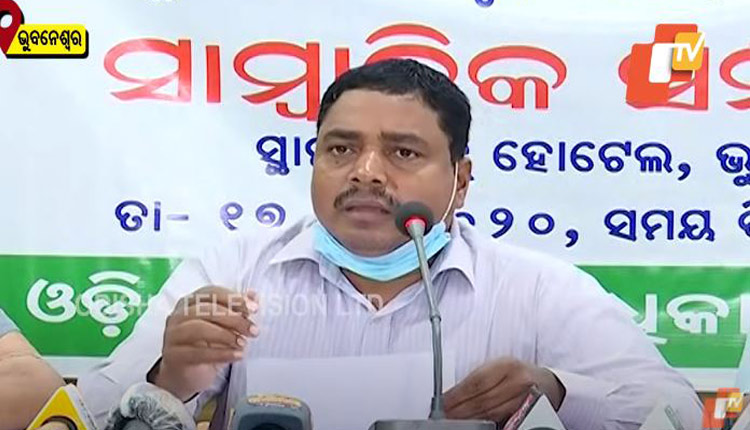 Addressing a presser in the State capital, Pradhan questioned, “Has the CM really made an aerial survey of the flood-hit districts?  If yes, why the CMO is silent over the matter and not releasing the entire 19-minute video of the aerial visit?”

“Which places did the CM visit during those 19 minutes and who were the officers accompanying Patnaik?” the activist questioned further.

Due the CM’s old age, a medical team should have accompanied him. Then who are the doctors who went with Patnaik during the survey, Pradhan stated during the presser seeking a reply from the Chief Minister’s office.

Moreover, he also expressed doubt over the truth behind completion of the survey in just 19 minutes.

“It is difficult to conduct the aerial survey in 19 minutes. You can travel from one place to other with a high speed, but while reviewing the flood situation, you need to fly slow at a low height. Hence it takes time,” explained Pradhan.

Recently, some shocking facts have emerged from the revelations obtained through an RTI application pertaining to Odisha CM Naveen Patnaik’s aerial survey of flood-hit areas.

On August 31, CM Naveen Patnaik had conducted an aerial survey of the flood-hit districts in the State and announced an immediate assistance of 50 KG rice and Rs 500 to each of the affected families.

However, questions were raised over the CM’s aerial survey based on the flight movement details of that particular day provided by an RTI activist, who reportedly sourced the data from Bhubaneswar airport authorities.