Bhubaneswar: Odisha has witnessed a steep decline in fatal accident cases in the first half of 2020 compared to the same period last year. According to a report released by the State Transport Authority (STA) today, road accidents in Odisha declined 30 per cent between January and July, 2020.

As per STA data, 5125 accidents have been reported between January and July, 2020. During the same period in 2019, the State had reported 6690 road accidents which resulted in 3426 deaths.

Even fatality count has posted a big drop, as the State witnessed 2401 deaths in Jan-July 2020 in comparison to the number of casualties reported during Jan-July 2019.

The number of accidents occurring every month has also reduced post the Covid-induced lockdown. 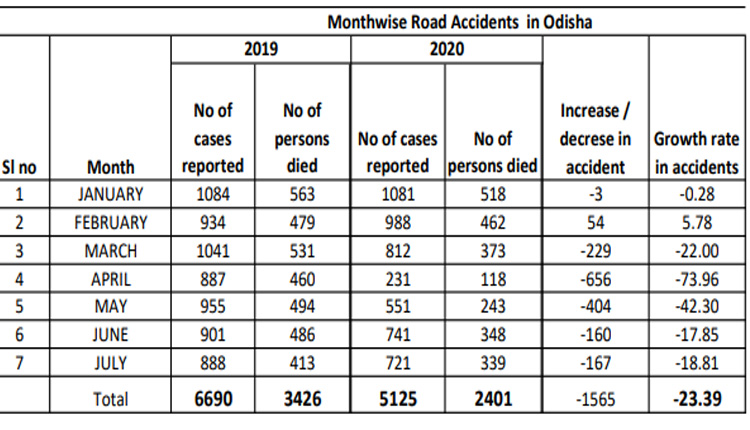