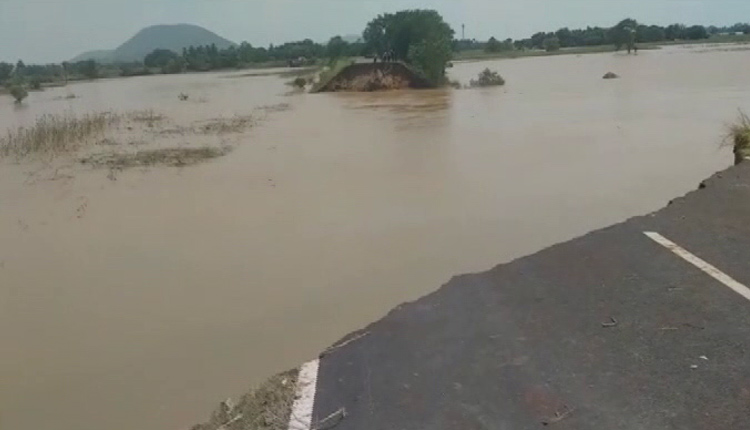 Bhubaneswar: The Odisha Lokayukta has issued a notice to six persons including a legislator of the ruling-BJD in connection with a complaint filed by an RTI activist wherein serious allegations have been made regarding the destruction of irrigation embankment from Gokarneswar to Budhalinga Majhipada road in Jajpur district during floods that led to inundation of thousands of acres of farmland.

As per reports, the notice has been issued to Dharmasala BJD MLA Pranab Kumar Balabantaray, and five other government officials including chief engineer of the Works Department, Nirman Soudha Bhubaneswar, Jajpur Collector, Executive Engineer R&B Panikoili division in Jajpur, Deputy executive engineer, Jaraka Irrigation Division, and the MLA’s maternal uncle Naren Jena, who is posted as a Junior engineer at the office of the Executive engineer R&B Panikoili division.

Last month, the complainant Sarbeswar Beura had alleged that the irrigation embankment road was damaged by planting dynamites near Rampur area which led to massive crop damage apart from leaving many people homeless during the floods in August.

Beura further alleged that the damage was because of the conspiracy by the MLA and not due to floods. Such a step was taken to cover up corruption and substandard work, he alleged.

Based on the allegations made, the Lokayukta has served a notice seeking a reply within 6 weeks. The RTI activist has also been asked to appear in person during the next hearing, scheduled on December 3.

Demanding stringent action against all persons involved, BJP State general secretary Lekhasri Samantsinghar had alleged that the 300-ft breach in Kelua river embankment at Rampur area under Dharmasala block was deliberately created by blowing it off using dynamite. “Odisha Chief Secretary Asit Tripathy and the district collector have admitted the breach as manmade. Cases should be filed against all those who are involved under the Explosive Act and National Disaster Management Act for putting public lives at risk,” the BJP leader had said.

More than 50000 people of seven panchayats in Dharmasala block were marooned for over four days because of the sudden floods.