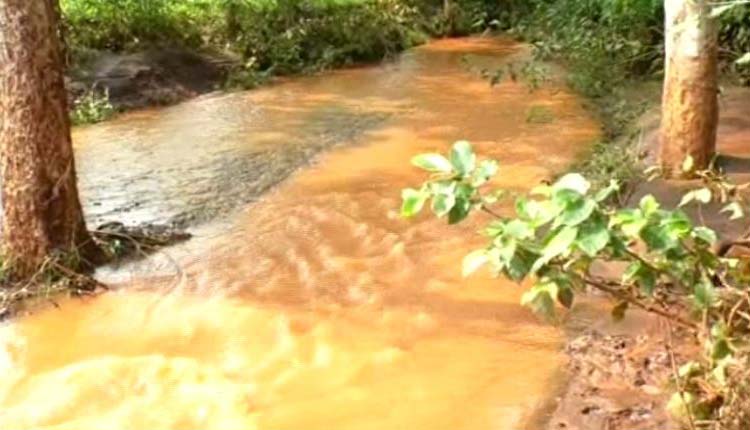 Mayurbhanj/Cuttack: Even though Odisha government is rolling out a plethora of schemes and spending crores of rupees, development seems to be a distant dream in many interior pockets of the State. Amid tall claims to link villages through motorable roads, the absence of a basic road in many villages seems to be a glaring failure.

Without a proper road to commute, the locals of Tinaposi village under Kusumi block in Mayurbhanj district have to wade through knee-deep water even after a short spell of rain. Moreover, whatever remains in the name of road, it is posing threat to the commuters because of its dilapidated condition.

After complaining several times the authorities have constructed a culvert over a nallah, but without a motorable road the construction is of no use, locals alleged.

“We are facing serious problems due to lack of proper road. After several complaints, the culvert was constructed. But it is of no use because it gets inundated easily,” Jagannath Patra, a local alleged.

After complaints, the Block Development Officer (BDO), Laxman Soren visited the site and assured construction of a new road.

“We are trying to construct the road. We are considering all aspects on how the road can be constructed,” the BDO said.

The residents of Totasahi under Jaripada block in Cuttack district are bearing the same suffering. The road in the village has been lying in a miserable state and the potholes on it have made commuting a risky affair.

After several complaints went in vain, the villagers staged a unique protest by planting paddy saplings on the road and threatened to intensify the protest if their demands are not met.

“We are facing serious problems due to the poor condition of the road. We have to shoulder patients for three-four kilometres as ambulances don’t come citing the bad road condition. If our problems are not addressed soon, we will block the road and sit on a protest,” said Lingaraj Barik, a resident of Totasahi.

Villagers In Odisha Build Own Road After Govt Snub

Odisha Patient Carried On Cot Due To Bad Roads, Dies On Way To Hospital